Pat Leahy Presides Over First Step in Trump's Impeachment, Then Is Rushed to the Hospital 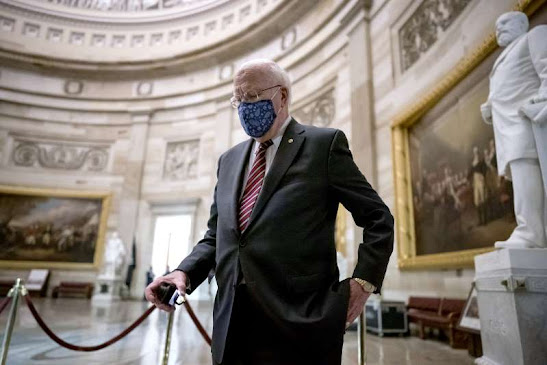 He'll Be Back To Commit Treason Another Day

Sen. Patrick Leahy, D-Vt., who will preside over Trump's impeachment trial, was taken to the hospital on Tuesday, a spokesman said.

"This evening, Senator Leahy was in his Capitol office and was not feeling well. He was examined in the Capitol by the Attending Physician. Out of an abundance of caution, the Attending Physician recommended that he be taken to a local hospital for observation, where he is now, and where he is being evaluated," David Carle, a spokesman Leahy said.

Leahy, who is third in the line of succession as the President Pro Tempore of the Senate, was just sworn-in to preside over the impeachment trial.