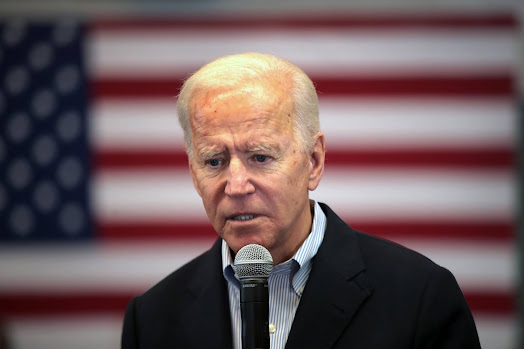 The Department of Homeland Security said the 6 January attack on the US Capitol by Trump supporters may have emboldened some extremists.

In an advisory it warned of a threat from "individuals frustrated with the exercise of governmental authority".

But it added that there was no information on a specific plot.

The attack on the US Capitol building came as Congress was meeting to confirm Joe Biden's election victory.

Outgoing President Donald Trump had earlier addressed thousands of his supporters outside the White House and repeated unfounded claims that the election had been stolen from him.

He told them: "If you don't fight like hell you're not going to have a country any more."

A crowd then made its way to the Capitol, overwhelming security and storming the building.

Five people, including a Capitol Police officer, died in the riot.

As President Joe Biden set a new record for executive orders in his first few days in office, and as former CIA Director John Brennan compared libertarians to ISIS-style “insurgencies,” the Department of Homeland Security (DHS) issued a domestic terrorism bulletin warning about “ideologically-motivated violent extremists with objections to the exercise of governmental authority.”

It stands to reason that federal law-enforcement agencies may be on edge after the breach of the Capitol on January 6, but Biden’s inauguration went off without a hitch. Threats may indeed exist, but the DHS domestic terrorism bulletin is chilling, considering recent moves that suggest Democrats are planning a new domestic “War on Terror” targeting conservatives.

“The Acting Secretary of Homeland Security has issued a National Terrorism Advisory System (NTAS) Bulletin due to a heightened threat environment across the United States, which DHS believes will persist in the weeks following the successful Presidential Inauguration,” reads the bulletin, issued at 11:00 a.m. Eastern time on Wednesday. “Information suggests that some ideologically-motivated violent extremists with objections to the exercise of governmental authority and the presidential transition, as well as other perceived grievances fueled by false narratives, could continue to mobilize to incite or commit violence.”

This from the people who totally missed 9/11.