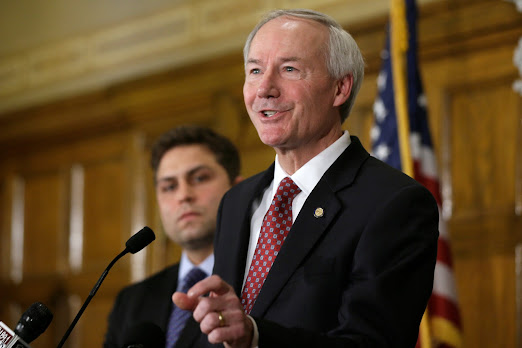 Genital Cosplay Is Just Fine By Me

Hutchinson tried to argue with Tucker over the contents of the bill, saying that if the bill only addressed chemical castration (puberty blockers), "I would have signed the bill.” He went on to expand that definition, saying that if the bill were only about "procedures… sex reassignment surgery, I would have signed that bill.” But what else of any significance is left in the bill aside from those procedures? He kept describing the bill as being "overly broad” and coming between a doctor and a patient. But that’s precisely the line that Democrats use when arguing against laws limiting or banning abortions. And isn’t a prohibition against surgical procedures or the prescription of drugs also "coming between a doctor and their patient?” (The things he claims he would have been fine signing off on.)

Tucker really hounded the Governor on this, returning to questions about the lack of research data on the long-term effects of these procedures on children. But as much as Hutchinson tried to claim that he "would have signed” a bill that only prohibited the surgeries or drugs, he then went on to give a textbook liberal explanation of why it’s "important” for parents and children to have these options. Honestly, my head was spinning by the time the interview was over and Tucker Carlson was obviously disgusted by the time he signed off.

Shaw notes that Hutchinson is "term-limited" and therefore politics are not a reason for this.
No, but the fact that he'll be needing a new high-paying job next year very much holds a clue to his behavior.
For anyone who's a governor, the only possible future career paths are the presidency, the academy, or, of course, serving on the boards of corporations.
Sure, mere Congressmen can become sleazy lobbyists, but that's too low-rent for a former governor.
Hutchinson has never been discussed as a potential president and has no entree into academia. Particularly now that the academy has purged all non-Marxists. Certainly you can't be a Republican serving in a university's administration.
That leaves the Corporate Parachute for Asa.
Now, you're not going to believe this wild coincidence, but one of the largest retailers in human history, Walmart, just happens to have its headquarters in Arkansas, and, you're definitely not going to believe this next coincindence, Tom Walton, an heir to the Walmart fortune, has very strong -- oddly strong! -- opinions on the gender of children.
Could there possibly be some connection here? Certainly Tucker Carlson seems exceptionally skeptical -- he says as much -- when Hutchinson claims he was not contacted by any corporate interests, not a single one, on this issue. Including, specifically, Walmart.
And yet Hutchinson knows Tom Walmart and Tom Walmart is extremely interested in children's putative right to participate in genital cosplay.
The Ruling Class, like the Ruling Class all throughout history, is extraordinarily focused on the sexual liberation of children.
THERE IS MUCH, MUCH MORE.
Posted by Pastorius at 3:24:00 am


Tucker Carlson segment on Arkansas Gov. Asa Hutchinson and how the Walton family praised his decision to veto the bill banning gender changing procedures for minors:

"We'll be watching to see if Asa Hutchinson winds up on the board of Walmart. We really will."

Asa Hutchingson is a shitweasel.

I imagine castrating boys brings a heightened sense of perverse sexual pleasure for the doctor who provides the abuse.

Uncomfortable question: Aren't men who want to become women to have sex with other men just homosexuals?