USA: Over 120 Retired Flag Officers Warn Country is Under Assault from Socialism and Marxism 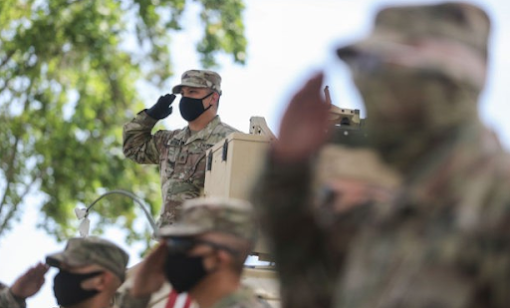 A Flag Officer is either a General or an Admiral.

Over 120 retired military flag officers warned in a letter Monday that the country is in “deep peril” and under “tremendous assault” from those believing in socialism and Marxism, and encouraged Americans to get more politically involved to act against it.

“Our Nation is in deep peril. We are in a fight for our survival as a Constitutional Republic like no other time since our founding in 1776. The conflict is between supporters of Socialism and Marxism vs. supporters of Constitutional freedom and liberty,” the retired officers wrote.

They slammed the 2020 election process and argued that Democrat House bill H.R. 1 and its Senate companion bill S. 1 would destroy election fairness and allow Democrats to forever remain in power.

They wrote: Without fair and honest elections that accurately reflect the ‘will of the people’ our Constitutional Republic is lost. Election integrity demands insuring there is one legal vote cast and counted per citizen. Legal votes are identified by State Legislature’s approved controls using government IDs, verified signatures, etc.

There's a link at the site to where you can also sign, though I couldn't make it work.