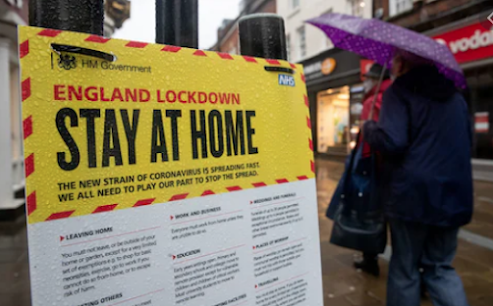 Members of Scientific Pandemic Influenza Group on Behaviour express regret about ‘unethical’ methods Scientists on a committee that encouraged the use of fear to control people’s behaviour during the Covid pandemic have admitted its work was “unethical” and “totalitarian”.

Members of the Scientific Pandemic Influenza Group on Behaviour (SPI-B) expressed regret about the tactics in a new book about the role of psychology in the Government’s Covid-19 response.

SPI-B warned in March last year that ministers needed to increase “the perceived level of personal threat” from Covid-19 because “a substantial number of people still do not feel sufficiently personally threatened”.

Gavin Morgan, a psychologist on the team, said: “Clearly, using fear as a means of control is not ethical. Using fear smacks of totalitarianism. It’s not an ethical stance for any modern government. By nature I am an optimistic person, but all this has given me a more pessimistic view of people.”

Mr Morgan spoke to author Laura Dodsworth, who has spent a year investigating the Government’s tactics for her book A State of Fear, published on Monday. Ministers have faced repeated accusations that they ramped up the threat from the pandemic to justify lockdowns and coerce the public into abiding by them – a claim that will be examined by the forthcoming public inquiry into the pandemic response.

“Criminal charges have been filed against Martin Ackermann, the head of the Swiss National Covid-19 Science Task Force and “possibly other parties involved”, for deliberately and successfully frightening the population in accordance with Art. 258 of the Criminal Code.” “The criminal complaint was submitted by five associations and seven private individuals, as they wrote in a message on Friday. Including associations such as the “Friends of the Constitution” and the youth movement “Mass-Voll”.”
“The plaintiffs accuse Martin Ackermann of the following crimes, among others:

Repeated publication of implausible horror prognoses regarding the occupancy of the intensive care beds, with the aim of terrifying the public and implementing more stringent measures.” “Repeated and systematic manipulation of past ICU bed data, presumably with the aim of making the current situation appear more dramatic.” “False statements about hospitalizations and deaths.” “Constantly changing reasons for tightening or maintaining the measures, depending on which indicator fits best into the desired narrative.”

We all remember the waterfall of "Be safe" commercials, with the worst ones warning us that we could kill grandma if we did not submit to the Draconian Communistic rules.

Yes. It's nice to hear someone else say it.

I don't know enough people who recognize that.

But then, I live in SoCal.