Teen Who Had Heart Attack After Pfizer Vaccine: ‘I’d Rather Have COVID’ 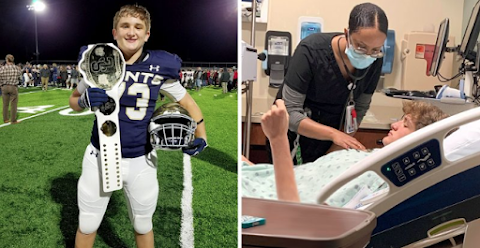 Teen Who Had Heart Attack After Pfizer Vaccine: ‘I’d Rather Have COVID’

In an interview with The Defender, 18-year-old Isaiah Harris and his father described how Isaiah had to be hospitalized within 48 hours of his second dose of the Pfizer vaccine and subsequently had a heart attack.

An 18-year-old from Springdale, Arkansas, who had a heart attack after receiving his second dose of Pfizer’s COVID vaccine said he’d rather get COVID than have a heart attack.

In an interview with The Defender, Isaiah Harris said he received his first dose of Pfizer on April 8 and second dose on April 30. Within 12 hours of the second dose, the teen developed a fever and chills. His father, Justin Harris, initially didn’t think much about it because he got sick after both doses of the Moderna vaccine, although his symptoms weren’t serious.

Heart attack in a vial. We might as well just inject potassium chloride into these young men. Don't forget. This is the same government that performed the infamous syphilis trials on black men and had zero conscience regarding the act.