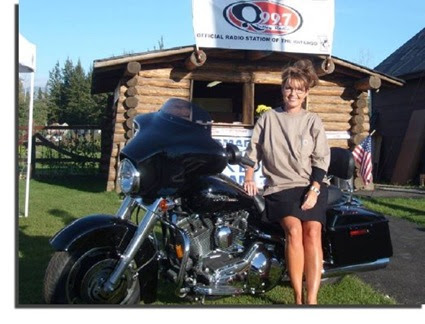 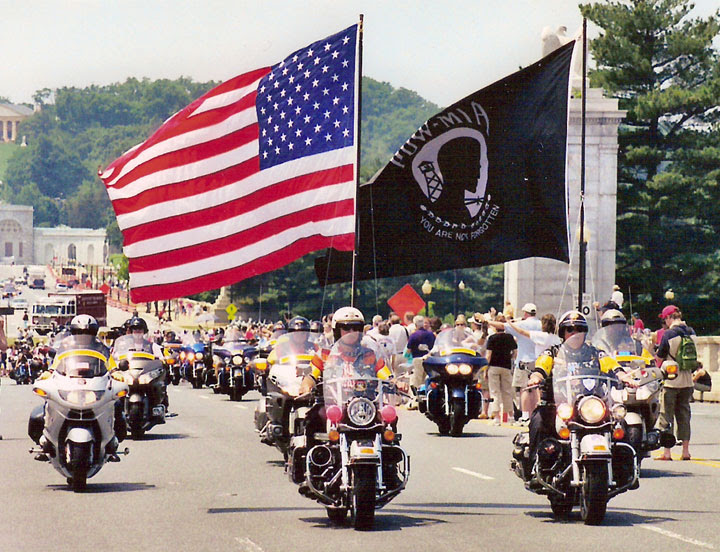 ABC News' Sheila Marikar [@sheilaym] reports: For the riders of Rolling Thunder, the news that Sarah Palin will participate in their national rally on Sunday came as a surprise. A welcome surprise.

For more than 20 years, as many as half a million motorcycle riders from across the country have descended on Washington, D.C., during Memorial Day weekend to raise awareness about prisoners of war and those missing in action. Rolling Thunder announced Thursday that Palin accepted an invitation to participate in its May 29 rally. She’ll kick off her One Nation Tour the same day, a bus trip along the northeast coast that aims “to educate and energize Americans about our nation's founding principles.”

Asked how Palin came to be involved with the rally, Rolling Thunder spokeswoman Nancy Regg said, “I honestly don’t know.”

“I’m not the person that invited her,” she said. “We send letters to people all the time and invite them. We invited her to ride, she has accepted and she and her husband have both agreed to ride for us.”

Regardless of Palin’s political agenda -- the “Will she or won’t she?” fervor over her potential presidential run reached new heights this week -- the members of Rolling Thunder agreed her participation is a boon.

“If she wants to support the troops, we’re all for it,” said Greg Benson, president of Rhode Island’s Rolling Thunder chapter.

“I certainly welcome any positive publicity surrounding our cause, anything to bring attention to POWs and MIAs,” said Jeffrey Stewart, who leads a Rolling Thunder chapter in New Hampshire, a state that will be crucial to Palin if she runs in 2012. “Whether it’s a celebrity or a politician-celebrity -- I’m not exactly sure what she is right now -- having Sarah Palin there means more people will be paying attention to our cause.”

Stewart considers himself a Republican. While he’s not gunning for Palin to run in 2012, he would like more politicians to recognize the country’s veterans, as she’ll do this weekend. Like many of Rolling Thunder’s members, he’s a veteran himself, having served in the Army during the 1980s.

There are riders who worry that Palin’s presence might take away from the aim of the event.

“I don’t know if she’s using the veterans or the amount of people there for a political gain,” said Susan Bailey, whose husband, Winston Bailey, is the president of an Ohio chapter of Rolling Thunder. She has ridden with the national rally for 16 years in a row.

“As far as her running again, I don’t know, she seems kind of wishy-washy, quitting the government,” Bailey said, referring to Palin’s curtailed gubernatorial stint in Alaska. “Whether she’s really committed to it is my question.”

For now, pretty much all that’s certain about Palin is that she’ll ride with Rolling Thunder through the streets of Washington Sunday and ride in a bus up the northeast coast after that. (Specifics remain unclear; a Palin aide did not know what kind of motorcycle the former governor planned to cruise.) That’s good enough for some of Rolling Thunder’s members.

“In the long run, it’s probably a good thing,” Stewart said. “What’s that thing that celebrities say, ‘Any press is good press?’ I think that’s the case here.”

Barack Obama Pouts, Says He Should Ride Too

"I don’t know if she’s using the veterans or the amount of people there for a political gain,”"...

guess the 'hesitators' do not remember that the Palins have a son in the military-
Good on Sarah ...
Carol-CS

I love her, but I will wait to choose. Maybe George Washington will show up.

Good news! He's stopped using those 2 extra wheels at the back !