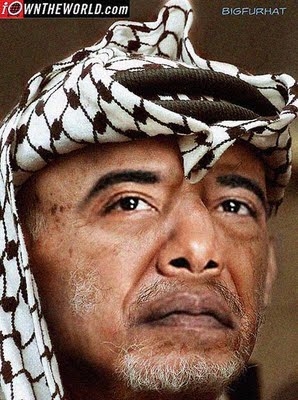 Thanks to Will from The Other News.
Posted by Pastorius at 1:57:00 am

This is bullshit...i was taking this web site seriously until i saw this crap. you've lost a potential reader

Instead of just ceasing to read, why don't you tell me why it is bullshit and see if I agree with you?

I mean, certainly, I know it is over the top.

You're right, what you said after the three dots surely is bullshit. You probably never took this site seriously for even a moment, and I bet you aren't truthful about going away either. Prove me wrong.

And Pasto, yes it is over the top, but if you invert it and place the link above the photo of Obama it probably wouldn't make much difference ;-)

Anyway, as for the first anonymous, thing is, Obama used this word, "contiguous".

That is an impossibility.

I have an idea, let's tell Canada we need Alaska to be contiguous with the state of Washington.

You think that will work out?