US: Hezbollah has more missiles than most states 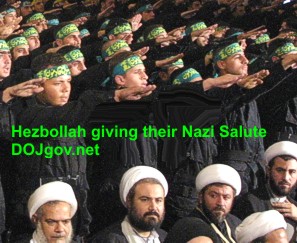 Outgoing Defense Secretary Gates warns against possibility group has chemical, biological arms .Hezbollah is armed with more missiles and rockets than most states, according to outgoing US Defense Secretary Robert Gates.In a speech to the American Enterprise Institute, Gates warned against the Shiite group's arming methods and the possibility that it owns chemical and biological weapons, CNN reported Wednesday.

The US official made similar statements last year, but did not back them up with proof. "Hezbollah cruise missiles could threaten US ships with anti-ship missiles with a range of 65 miles," he added.Two months ago, an Israeli security official provided the Washington Post with a map detailing no less than 550 bunkers, 300 surveillance sites and 100 other facilities the Jewish state believes belong to Hezbollah terrorists in Lebanon.

Most of the sites marked on the map, which appeared in the American newspaper on Wednesday, are located south of the Litani River. Ten arms caches are marked on another map featuring an aerial view of the Al Khiyam village in south Lebanon. The weapons storage facilities are located in close proximity to medical centers and schools. The daily quoted a senior Israeli commander as saying, “Our interest is to show the world that the Hezbollah organization has turned these villages into fighting zones.”