You reckon David Cameron will be taking a victory lap?

A crack SAS team has captured two top Taliban commanders without a shot being fired in a secret dawn raid in Afghanistan.

The 12 elite troops seized Maulawi Rahman and Maulawi Mohammed at a high-walled compound north of the remote town of Babaji in Helmand province.

Both men, who surrendered without a fight, are said to have been close confidants of Osama Bin Laden, the terror mastermind killed by US Special Forces in Pakistan last month. 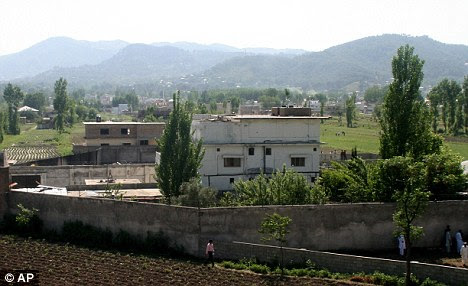 The two are also believed to have been behind many bomb attacks on British and US troops in Afghanistan.

Rahman and Mohammed – members of the Quetta Shura, the Taliban’s Pakistani-based high command – were held along with three henchmen, and 80kg of raw opium packed in bales with a street value of £128,000 was also seized.

The SAS soldiers, armed with M16 assault rifles and Heckler & Koch 9mm pistols, used steel-wire ladders to scale the walls of the Taliban compound while the terror leaders, along with a number of women and children, were asleep.

The SAS was supported by the Afghan National Army.

A source said: ‘Even though the SAS team was in full combat gear and armed to the teeth, they did not fire a shot and none was fired at them. 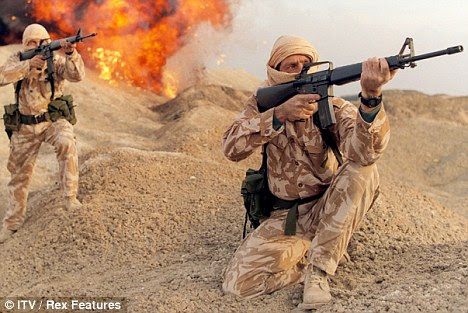 ‘These are very significant arrests of two of the Taliban’s key commanders. They are at the top of the Taliban hierarchy and among their most ¬senior figures.

‘Their detention is a damaging blow to the insurgents and will severely downgrade their ¬ability to direct operations in Afghanistan.’

The key target of the raid on May 14 was Rahman. Security sources say he had known Bin Laden since the Al Qaeda leader lived in caves in the Tora Bora mountains of eastern Afghanistan a decade ago. 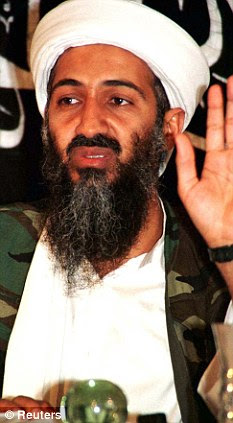 Terror: Bin Laden was slain by U.S. special forces in a night-time raid

Rahman and Mohammed slipped over the border from Pakistan earlier this year after Coalition forces killed or detained scores of Taliban brigade commanders in a series of ground raids and air strikes in Afghanistan.

This had left the Taliban without any high-level leadership as it prepared for its traditional summer offensive.

Rahman and Mohammed are known to have ordered numerous attacks on British and US troops in the Kajaki area of Helmand province in recent months. They often used the cash they made from selling opium and heroin to buy arms and explosives.

His role was to manage military appointments and the supply of weapons and ammunition to launch attacks.

Rahman and Mohammed are also understood to have ordered the intimidation of ordinary Afghans and were in charge of the insurgent justice system in the region.

Both are now in military custody at a secret location in Afghanistan and will be handed to the Afghan authorities for trial after intensive questioning by Coalition interrogators.

A Ministry of Defence spokesman said last night: ‘We do not discuss the operations of our Special Forces.’

Meanwhile, in a move likely to stoke tensions between Kabul and the West, Afghan president Hamid Karzai has ordered his defence ministry to take control of night raids.

He said Afghan troops should carry out the operations as raids by foreigners were often ‘unco-ordinated and arbitrary’ and led to civilian casualties.

Bloody idiots! Under the rules of engagement they will now hand those prisoners over to the Afghans and their revolving prison system. There are instances of Taliban captured and handed over multiple times. A dead JIhadi is guaranteed never to fight again.