Thanks to Will at The Other News:

A U.S. Marine who was killed when he was gunned down in his home near Tucson, Arizona, never fired on the SWAT team that stormed his house firing 70 times in a hail of bullets, a report has revealed.

The revelation came as dramatic footage of the shooting was released, showing the armed team pounding down the door of Jose Guerena's home and opening fire.

The father-of-two, who had served twice in Iraq, died on May 5 after the SWAT team descended on his home believing it was one of four houses associated with a drug smuggling operation. 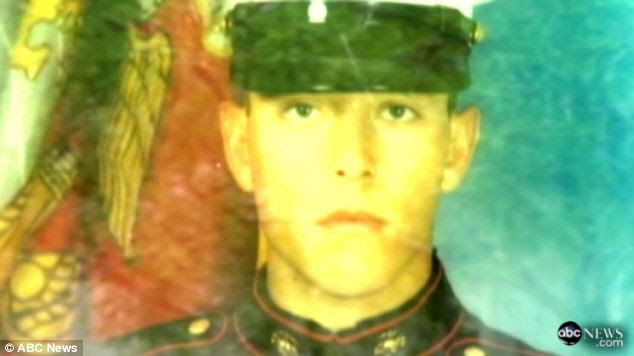 Shot dead: Jose Guerena, 26, had served two tours of duty in Iraq as a marine, but he died in his Tucson home after being hit by 60 bullets from a SWAT team
Read the whole thing.
Posted by Pastorius at 3:45:00 pm

Welcome to the Police State.
Coming to a city near you.

"What 'cha gonna do when they come fo' you?"

Now, consider the raid on a south Florida Mosque at about 6:00 a.m. Saturday by dozens of heavily armed federal agents. They pounded on the door of the Masjid Jamaat Al-Mumineen mosque in Miami-Dade county, armed with warrants for Muslims who are suspected of a long-running conspiracy to murder, maim and kidnap people overseas in support of the Taliban. As morning prayers were in progress inside the mosque, the armed agents respectfully waited until the prayers ended, and then entered the mosque only after removing their footwear.The raid at the mosque resulted in three arrests: Imam Hafiz Muhammed Sher Ali Khan and his two sons, Izhar Khan and Irfan Khan. Irfan Khan was arrested in Los Angeles.Any thoughts?I have the answer "CHANGE"!

Why can't they arrest the guy somewhere else? Like at work or on the way to work?
Later they could recover any supposed 'evidence' at the house?

The ATF could have taken down David Koresh that way too.
Seems like some of these jerk-offs are just raring to go bust down a door with a finger on the trigger because they can.

Some people see that gun and have so much fear, they just start shooting. In this case I mean the police. The guy in the house still had his safty on.