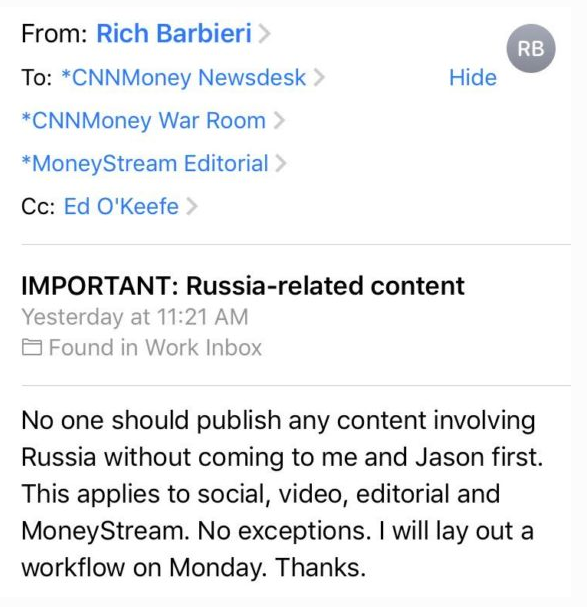 Executive Editor Rich Barbieri sent an internal memo to CNN staff instructing them that all Russia-related stories must be cleared by him or the VP before being published following a retraction of a very fake news story linking the Trump transition team to Russia.


Barack Obama’s administration made up the Russian-Trump lie to justify spying on Team Trump.
Hillary bitterly clung to the story to stave off angry donors who invested a billion bucks and all they got was a I’m With Her shirt.
The Resistance Media hung on to it in the hopes of bringing down President Trump
But last week’s Toss Off Ossoff election — and Comey’s admission under oath that there was nothing to this — forced Democrats to abandon their big, fat, stupid lie.
Today, CNN ordered its staff to back off on Russia.

Flashback: Robert Mueller Recused Himself in 2006 When Involved in Case with Acquaintance