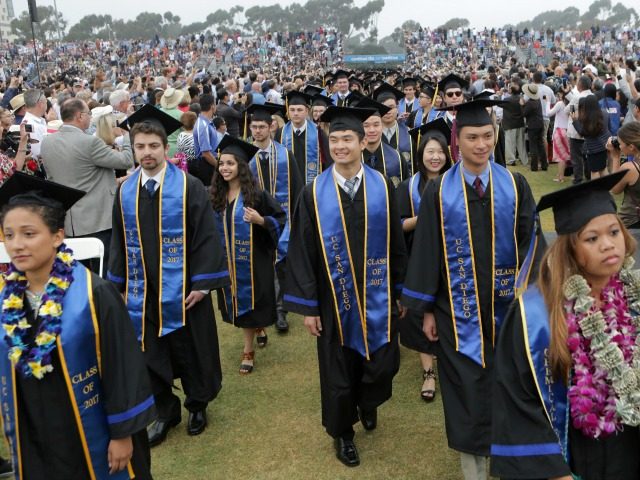 What kind of fucking sense does it make for our government to do this?

If we were sane, this would be Revolution time right here.


The little-known “Optional Practical Training” program has grown from 91,140 new foreign job-seekers in 2009 to 329,158 new job-seekers in 2016, according to data provided by the Department of Homeland Security. That is almost a four-fold increase in seven years — and the program is growing even larger in 2017.

There is no cap on the OPT program, which quietly and semi-automatically gives work permits lasting up to three years when requested by foreign students who graduate from U.S. universities and colleges.

Companies are not required to even interview Americans before hiring OPT graduates — and they get tax breaks for hiring foreigners over Americans.

“The government is enticing employers to hire foreigners instead of Americans … it is ridiculous,” said Mark Krikorian, director of the D.C.-based Center for Immigration Studies. Even the middle-class Americans who have downplayed the impact of cheap-labor immigration on blue-collar Americans should be alarmed by the government’s discrimination against their own college-graduate children, he added.”

By the way, President Trump does seem to be reasonable on issues like this.

Trump In Iowa: President Calls For Barring Immigrants From Welfare For Five Years

But, he needs to put up or shut up.

Why are we only just now hearing about this? According to the link, this been happening since 2009.

Cuz the Obamanation hid a lot of his unAmerican programs.

But, like I said, IF TRUMP DOESN'T GET RID OF THIS SHIT, PRONTO, THEN WE SHOULD RUN HIM OUT ON THE RAILS.