How Pervasive is the Political Class?

America’s $13 trillion national debt did not appear out of thin air. This massive liability is the result of Washington’s refusal to keep spending in line with revenues. Since 1961, the federal government has run a deficit in every year but five. Four of those all-too-rare surpluses occurred from 1998 to 2001 under Republican control of Congress, the branch of government which decides these matters.
Lately, deficit spending has reached previously unimaginable levels. Last year’s red ink topped $1.4 trillion, more than tripling the previous record. The picture going forward looks just as horrific. 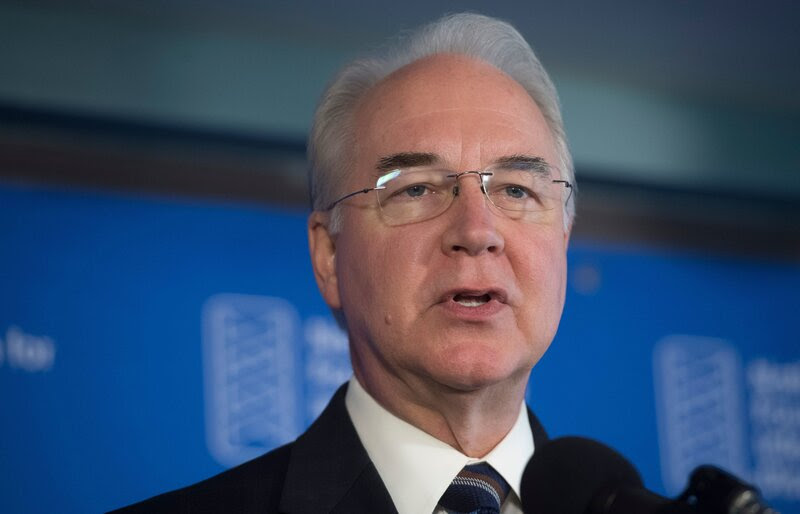 Health and Human Services Secretary Tom Price says he is reimbursing U.S. taxpayers for his official travel on private charter planes.
In a statement released on Thursday, he said, “Today, I will write a personal check to the US Treasury for the expenses of my travel on private charter planes. The taxpayers won’t pay a dime for my seat on those planes.”
The expense for his seat on those planes comes out to $51,887.31, according to an HHS spokesperson.
Politico has reported that the total cost of the private jets Price flew on was more than $400,000 and included trips to places where he has friends and family. Price is not covering the cost for support staff and others who flew with him on those charter planes, staff who otherwise would have flown commercial.
“What the Secretary has done is say that while all of this travel was approved by legal and HHS officials, the Secretary has heard the taxpayers’ concerns and wants to be responsive to them,” the HHS spokesperson said. “That’s why he’s taking the unprecedented step of reimbursing the government for his share of the travel.”

Either Price was a liar of the kind we have seen in the house and senate over the ACTUAL seriousness in replacing Obamacare (statements by McCarthy, Cantor), or he has been corrupted by his own ‘importance’.
And this is JUST ONE. SO if you want to know why Lois Lerner is running around without concern, or why the Jones Act wasn’t circumvented on day one, or why foreign policy is running counter to every promise Trump made … the answers are right in front of you.
Posted by Epaminondas at 10:13:00 am

This is the sorry state of our politics today.

Our elected public servants are on the teat and loving it.

Dr. Price is able to have a leisurely lunch with his son because he has book-ended two short events so that he can "legally" enjoy the companionship on taxpayer dime. He and his wire are able to travel to their luxury-destination vacation home using the same ruse.

As a peasant beyond the moat, I am grappling with the expense of going to see my father for his 80th birthday in less than two months. I flew out to see him in April. And each year since 2012 I have taken time off work to see him. Each trip, with a minimum price tag of close to $1,500.

I do this for love. Dr. Price has a problem with avarice.

Regarding the prior, avarice is fine if it drives a man to work and benefit from his own income. Dr. Price is engaged in theft of taxpayer dollars.