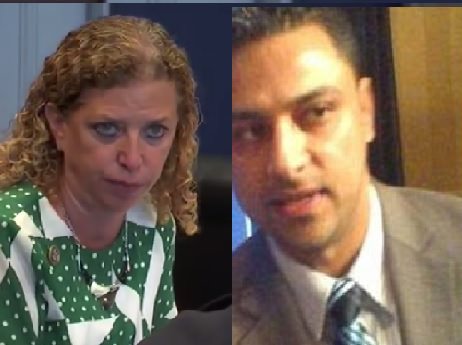 Multiple women in relationships with Imran Awan, the indicted former IT aide for Rep. Debbie Wasserman Schultz, have recently called Virginia law enforcement and alleged being abused by him, police reports obtained under Virginia’s Freedom of Information Act show.

Officers found one of the women bloodied and she told them she “just wanted to leave,” while the second said she felt like a “slave,” according to Fairfax County Police reports obtained by The Daily Caller News Foundation Investigative Group. A third woman claimed she was being kept “in captivity.”

The third woman is Awan’s stepmother, Samina Gilani, who said in court documents that Awan invoked his authority as a congressional employee to intimidate immigrant women, in part by telling them he had the power to have people kidnapped.

All but two of the nearly two dozen Democratic women Awan worked for in the House declined to comment on the police reports.

BREAKING: Seth Rich Hush Money (?)
Image
Crowdstrike is a technology company that specializes in cyber-security. Not only is there conflict of interest with Crowdstrike receiving payments, campaign data shows some incredible correlations with the payments that were made.

All payments cited below are part of the Federal Election Committee data of campaign spending on the www.fec.gov website.

The first payments made were preemptive measures on May 5th, 2016 when the DNC was looking to figure out where the breach of security was.Payments made on May 5th, 2016 of $7,650.00 and $1,462.50 were likely paid for Crowdstrike to install their Falcon software, a stellar technology security suite that would identify any internal or external security breach.

Crowdstrike would have had complete knowledge of the party that ripped the emails from the server. The next payment that was made to Crowdstrike occurred on July 11th, 2016 for the amount of $98,849.84. The relationship to this date happens to be the day after DNC Data Director of New Voter Registration Seth Rich was murdered.

The final payment to date is August 3rd, 2016. This coincides with another murder in the District of Columbia. Shawn Lucas, who died on August 2nd of last year, was the DNC Process Server and close friend of Seth Rich. The payment on August 3rd included two checks, one for $113,645.77 and the other for $4,275.00.

We find it highly coincidental that both of these payments came within 24 hours of two high profile murders in Washington D.C., which both have connection to the DNC.

HermanCain: Police reports show multiple women accused jailed IT staffer, Imran Awan, of battery, abuse, wiretapping, blackmail
===>"It appears that police were, on a semi-regular basis, dealing with these calls. Did Wasserman Schultz know about it? I suppose it's possible, though it seems hard to believe that she wouldn't. If she was protecting this piece of garbage, while aware of his treatment of the women in his life, we need to know why. Her blatant lies about a "Republican witch-hunt" become even more inadequate if she had any knowledge of Awan's allegedly abusive nature."<===

image of comment block from George Webb's YouTube Day 337.1...
The judge quashed the arrest warrant for Imran Awan. He moves about freely now.