Another plane booting video is gaining traction online months after the violent United incident. A woman was forcibly removed from a Southwest flight Tuesday, but this time around the passenger is getting very little sympathy online.

The woman, identified as 46-year-old Anila Daulatzai from Baltimore, had complained about two dogs on her flight from Baltimore-Washington International Airport to Los Angeles.

She said she was deathly allergic, but when crew informed her they couldn't remove the dogs, one of which was a service dog, she was told to leave the plane. That's when things went south.

After the woman couldn't show medical papers about her allergies and refused to leave the plane, law enforcement arrived to remove her, Southwest said in a statement.

She's since been charged with disorderly conduct, failure to obey a reasonable and lawful order, disturbing the peace, obstructing and hindering a police officer and resisting arrest, but released by authorities, according to KTLA.

So who is Anila Daulatzai?

Why, she just happens to be a Harvard Professor of Women's Studies and Islamic Studies. 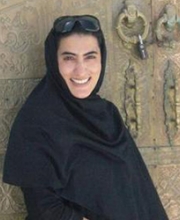 In other words, she's a double winner.

Note that in the video, she's not wearing a Hijab, but in regular life she does.

IMO, this was a setup. This lady is perhaps mildly allergic to dogs. However, she doesn't like dogs because she's a Muslim and Muslims have a problem with dogs.

This is an Islamic incursion ... IMO.

At a certain point in the video, she says, "I need to close my pants."

Let's see if her incursion is trumped up into a kind of sexual abuse of a Muslima. Look at the way they disrespected her culture by manhandling her. Vicious Islamophobic Cops.

Also, at another point in the video she dramatically cantillates, "My Dad has a surgery tomorrow."

So yes, they disrespect her Islamic presence with dogs - which she is also deathly allergic to -, they undo her pants and manhandle her violating her Sanctified presence before her pedophillic god Allah, and they violate her Islamic family, the circle from which all violence emanates.

I wonder what other forms of trouble this woman might have caused in the past.

Or maybe I should have more sympathy.


If being allergic to dogs is a life threatening situation for her, then run away from there fast. Why did she have to be dragged from there if she knew that her life was in danger?

I'd prefer to fly with the dogs - they might bite, bark, lick or slobber, but are unlikely to hijack the plane in the name of allahu ackbark.

Appears she was out and about in public without her designated male handler. Therefore whatever happened to her "pants" was her fault. Under Islamic fatwah she must be punished; anything up to and including stoning.

She's a Muslima? No wonder she carried on like that over dogs.

BTW, if she is really medically allergic to dogs, she would have medical issues with a reaction to dog hair on other passengers' clothes.

I have students highly allergic to cat hair -- and I have to take special steps with the way I handle papers graded at home, with the clothes I wear, etc.

Why not put her in the cargo hold?

I believe the suggestion to have her put in the cargo hold, a winning solution. In fact, rather than calling it a "cargo hold" call it, "Muslim Reserved Seating 1st Class"