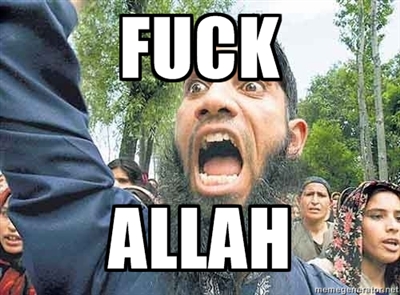 KUALA LUMPUR, Dec 28 ― Non-Muslims should drop their demand to use “Allah” for their gods as the Arabic word is fundamental to Islamic belief and therefore exclusive to Muslims, National Fatwa Council former chairman Datuk Dr Ismail Ibrahim was reported saying in a Malay daily.

Ismail was weighing in on the latest debate over the Arabic word for god, in a row between Islamist opposition party PAS and its secular ally, DAP, which appears to be a hot-button topic in the run-up to national polls due soon.

“Enough is enough, enough with all the other policies, including the ones enshrined in the Constitution that has been claimed for equality, to be granted equal rights… therefore the right to recognise the concept of the divinity in this religion, don’t grab, challenge and manipulate so. The name ‘Allah’ is still something basic and fundamental to Islam.

“The name ‘Allah’, from a philosophical point, its definition and concept is not equal with the name Tuhan, God, Lord and so on in the usage of other religions,” he was quoted as saying by Sinar Harian in its front-page report today.

ALLAH AND THE GOD OF THE BIBLE ARE TWO DIFFERENT BEINGS ENTIRELY.

I'M GLAD WE GOT THAT STRAIGHT.

REMEMBER THAT, IN THE FUTURE, WHEN MUSLIMS ATTEMPT TO TELL YOU THEY BELIEVE IN THE SAME GOD AS CHRISTIANS AND JEWS.

FYI, the Christians in Malaysia demand to use 'Allah' to replace 'Tuhan' (God) in the local Bible.

Just thought you'd want to know that too.

So, who is Tuhan? Why is it Christians do not want to use that word?

2.It is not that local Christians do not want to use that word (Tuhan). A local tribe in Sarawak, a state in Malaysia called 'God' as 'Allah' in their aborigine language, even used it in their own local bible. We have no problem with that.
The main issue is that local Christians demand to use 'Allah' to replace 'God' in Bibles that use Bahasa Melayu / Malay Language (official language of Malaysia). I view this as more of a political demand as to topple the (alleged) corrupt government in the coming general election. Which side do I support? This one, I prefer to be apolitical. But a change of Government would be a breath of fresh air.

Maybe Christians want to use the word "Allah" for God because it makes it easier to speak with Muslims about their beliefs, and to, potentially, convert those Muslims to Christianity.;

My opinion is, they ought to cease with using the word Allah and emphasize the differences between Christianity and Islam, and not the supposed similarities, of which there are very few, if any.