Muslim Honor Killing In Canada: "So Many Stab Wounds There Was No Body" From The Waist Up

Sharipa Fazli, shaking her head, says her sister suffered so many stab wounds that from her waist up, “there was no body.” 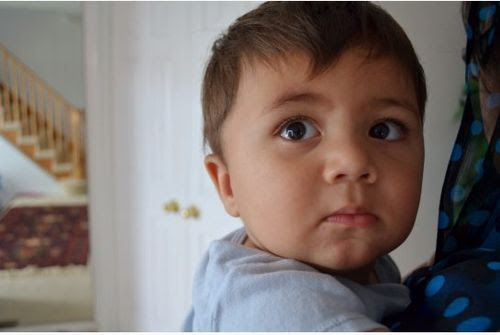 Yasin Wafa, 17 months, is the son of the dead woman and her husband, who is charged in her fatal stabbing. Every night, little Yasin Wafa scurries over to his grandparents’ front door, hoping his mom will be picking him up as she used to.

Honor violence, honor murder is not just an Islamic tradition, it's Islamic law.
GO READ THE WHOLE THING.
Posted by Pastorius at 3:21:00 pm

Despite the horrific pain, this child and his extended family will most likely remain defenders/followers of this repulsive cult. I have no pity for anyone who defends Islam to the slightest degree.

FWIW. . .Gates of Vienna is hosting a video lecture by Dr. Mark Durie which is instructive about the cultural impact of Islam on Arabs. The Arabic phrase "Tamaskan tatamakan" is introduced beginning at about 17:46 in the video. Must see.

I'll have to check that out later. I'm going to be pretty busy today.