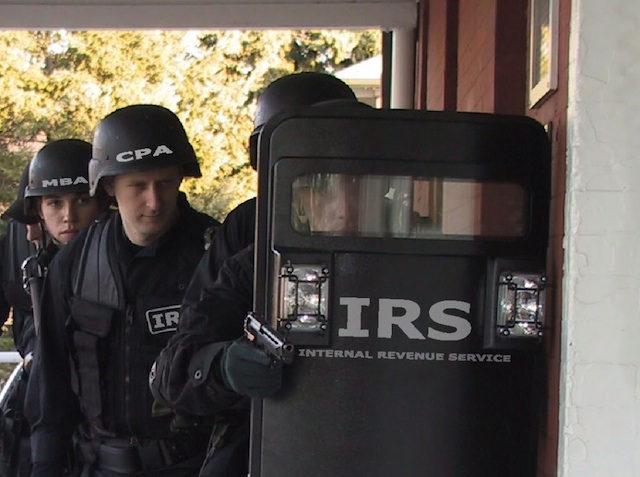 Lois Lerner, the controversial director of the tax-exempt organizations division at the Internal Revenue Service, has a long sordid history of targeting conservatives.
Under the direction of Lois Lerner, the Federal Election Commission sued the Christian Coalition in the 1990s. She harassed the Christian Coalition for three election cycles. Eventually, she lost her case. At one point Lerner even asked a targeted conservative if Pat Robertson prayed over him. (Sound familiar?)

Al Salvi – Lois Lerner
In 1996, while at the FEC, Lois Lerner harassed Republican Senate candidate Al Salvi and made him this outrageous offer, “Promise me you will never run for office again, and we’ll drop this case.” One of Lerner’s minions even asked Salvi to fork over $200,000with his promise not to run again.
In May Lois Lerner refused to testify before the House Oversight and Government Reform Committee. She pleaded the Fifth.
Now this…
E-mails Suggest Collusion Between FEC, IRS to Target Conservative GroupsDocumentation suggests that Lois Lerner and the IRS unlawfully shared confidential tax information with the FEC.
Today Ways and Means Committee Chairman Dave Camp (R-MI) and Oversight Subcommittee Chairman Charles Boustany Jr., M.D. (R-LA) sent a letter to IRS chief Danny Werfel demanding communications between the IRS and FEC from 2008 to 2012. The GOP leaders accuse the IRS of colluding with the FEC against conservatives.
From the Ways and Means Committee webpage:

Ways and Means Committee Chairman Dave Camp (R-MI) and Oversight Subcommittee Chairman Charles Boustany Jr., M.D. (R-LA) sent a letter to Internal Revenue Service (IRS) Principal Deputy Commissioner Daniel Werfel seeking the agency’s immediate attention and assistance in uncovering the details behind e-mail exchanges between IRS employee Lois Lerner and an attorney employed in the General Counsel’s office at the Federal Elections Commission (FEC).  The email exchange calls into question whether the IRS unlawfully shared confidential tax information with the FEC.
Inquiring into the issue, Camp and Boustany requested that the IRS provide all communications between the IRS and the FEC between 2008 and 2012, as well as all communication from or to Lois Lerner regarding the American Future Fund, American Issues Project, Citizens for the Republic or Avenger, Inc.
Camp and Boustany stated: “We have serious concerns that this e-mail exchange demonstrates a continued pattern of the IRS unlawfully sharing confidential taxpayer information with others outside the agency.  Whether it is the targeting of donors for additional taxes or the purposeful leak of confidential taxpayer information, the steady stream of abuses only seems to continue.  The IRS must be held accountable to the American people, and that begins by coming forward with all of the facts.”
The letter and the e-mail exchange can be read here - the exchange starts at the last page and ends on the first page.

Yep, and the GOP won't do squat about it.