Roger Waters Floats pig with star of David symbol on it 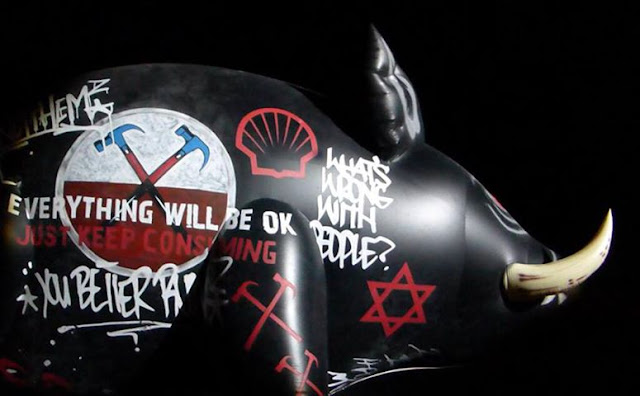 Here is is song for Palestine. Maybe he should have that concert in Gaza. See how it goes over with the muslims in charge.

Pig-shaped balloon with Star of David alongside fascist symbols released during British musician’s concert in Belgium. ‘I really love his music,’ says Israeli viewer, ‘but this time he crossed the line’

Maybe he went through the WALL with his head

Nothing uglier than a has-been rock star desperate for relevance.