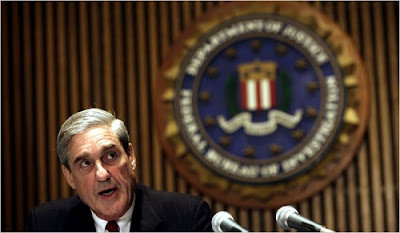 Could the FBI be more clueless?

Federal Bureau of Investigation officials ignored warnings about the radical origins and nature of the mosque frequented by the Tsarnaev brothers for years before this April’s deadly Boston Marathon bombings.

Outgoing FBI Director Robert Mueller has also said that although the FBI visited the mosque in the past — as part of its “outreach” to the Muslim community — he was unaware of the Islamist leanings of the Islamic Society of Boston (ISB), which runs the Boston bombers’ house of worship.

But the FBI was warned nearly four years prior to the bombings that the ISB was a nest of Islamic radicalism.

On May 1, 2009 our organization, Americans for Peace and Tolerance (APT), briefed representatives of the Boston FBI office on the ISB mosques’ affiliation with Islamic extremism. Nevertheless, the FBI continues to claim it was surprised by the background of the ISB.

In a June appearance before the House Judiciary Committee, Mueller described how it took four days after the Boston Marathon bombings for his agency to canvass the Tsarnaev brothers’ controversial mosque.

Frankly I don't believe our national security apparatus even cares. They are much more concerned with tracking the activities of native born American's who aren't getting with the new order.

If you are an honest, hard working, tax paying, freedom loving American citizen you are an "enemy of the state."

This is no longer a joking matter.

Not anyone on this blog.

And thank you, Pastorius, as I believe you sponsor this blog.

Well, I spend a lot of time here anyway.

I thought you thought I was joking because I wrote, "Could the FBI be anymore clueless?"

I think it is very possible that they really have purposefully let their guard down (as a matter of policy) with regard to Jihadism, and refocused on "right wing Tea Party extremist/racists", like you and I.

Sometimes I think that is just a smokescreen to throw off the Jihadists (because I don't believe all FBI people are stupid) and sometimes I think they really may be rendered clueless by their incredible lust for a golden pension at the end of the rainbow.

I firmly believe this apparatus is being used against us.