Mark Zuckerberg: Facebook can play a role that churches and Little League once filled 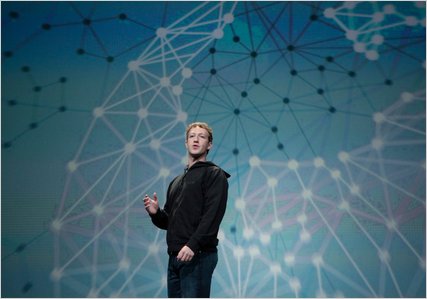 And with nearly 2 billion people around the world on Facebook today, he might have a chance to make it happen.

Zuckerberg laid out his lofty ambition in a Chicago speech last week that suggested Americans are in need of something to unify their lives.

"It's so striking that for decades, membership in all kinds of groups has declined as much as one-quarter," he said during a rally for Facebook users who've built large community-support groups on the site.

"That's a lot of of people who now need to find a sense of purpose and support somewhere else."

"A church doesn't just come together. It has a pastor who cares for the well-being of their congregation, makes sure they have food and shelter. A little league team has a coach who motivates the kids and helps them hit better. Leaders set the culture, inspire us, give us a safety net, and look out for us."

He's forgetting that Baseball is a sport, built on the legacy of heroes who have inspired children's dreams and ambitions.

And Church, well, you know, that's built on a guy named Jesus Christ, the Son of the Living God.

Facebook just pretty much has Mark Zuckerberg, and the suckers who think he is cool.

Zuckerberg, and his Facebook b.s., will be laid to waste in a few years. And Jesus and his Bride, the Church, will live forever.
Posted by Pastorius at 3:03:00 am

Great! A man who probably doesn't go to church wants to tell the rest of us about church life and sense of community, but I notice he leaves out things like communion, confession, forgiveness.

I suppose Mr. Z will take care of the kids, organize meals, and clean the house when Mommy has surgery - just like many churches.

All hail the god Zuckerberg!

Yeap, he sees himself as a god.