Among the far-left, Islamists, and violent white supremacists, anti-Israel antisemitism is the common theme 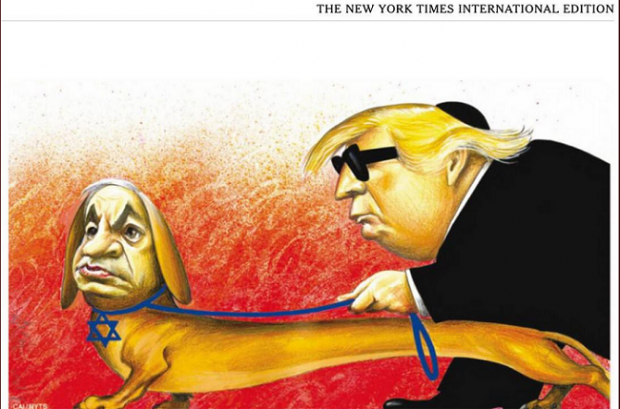 In posts too numerous to link, we have warned that the anti-Israel movement, including anti-Zionist and far left-wing Jews, has been so relentlessly demonizing and dehumanizing Israel that they were normalizing antisemitism.

It’s not just that the gross lies about Israel, and holding Israel to a standard no other nation is expected to meet, were in themselves antisemitic. Though that is true. It’s that there was a thin line between holding up the Israeli Jew as the cause of the worlds’ ills and having that demonization turn into hatred of Jews as Jews. That thin line has disappeared. There are plenty of culprits.

Without a doubt, the Boycott, Divestment and Sanctions (BDS) movement and its related campus faculty and student supporters, such as Students for Justice in Palestine, bear much of the blame.

There is a campaign to delegitimize Israel that is staggering in its scope, far beyond what most people comprehend. That campaign of delegitimization is aided and abetted by left-wing anti-Zionist groups like Jewish Voice for Peace, which spread blood libels that Israelis and American Jewish groups are responsible for police shooting of blacks in the inner city.

There is a unifying doctrine behind this campus and leftist activism, “Intersectionality.” I wrote about it in December 2015, How student activists turned anti-rape group into an anti-Israel group:

The phrase “All evil in the world must be traced to Israel” is how researcher Nurit Baytch perceptively characterized the propaganda tactics of anti-Israel activist Max Blumenthal. It’s a phrase that increasingly characterizes the anti-Israel campus movement.

Every real or perceived problem is either blamed on or connected to Israel. The concerted effort to turn the Black Lives Matter movement into an anti-Israel movement has at its core the claim that Israel is the root of problems of non-whites in the United States.

Thus, if a police chief somewhere attended a one-week anti-terrorism seminar in Israel years ago, every act of brutality by a cop on the beat is blamed on Israel. So too, Students for Justice in Palestine protesters in New York City even blamed high tuition on Zionists, leading to rebukes by administrators against such thinly-veiled anti-Semitism.

The Jew once again is made the source of all evil, the conspiratorial puppet-master controlling all and responsible for all. And Israel alone receives such treatment and is used as the link to connect all injustices in the world.

That some of the worst perpetrators are Jewish progressives doesn’t change the nature of the attack. Antisemitic propaganda emanating from Palestinian terror groups, and even the Palestinian Authority, incites another generation not just against Israelis, but against Jews.

In Europe, for many years of our coverage we documented how Jews were harassed on the streets by Muslim men shouting Islamist rhetoric, what I called in 2010 Malmö Syndrome. But now it’s spread beyond that demographic.

“Walking while Jewish” is impossible almost anywhere in Europe now. The energy in the Democratic Party — the Democratic Socialists and their cohorts such as Ilham Omar and Rashida Tlaib — have brought this anti-Israel fanaticism into the heart of a major American political party.

I don't understand what the controversy of this NY Times cartoon is about. If you removed the Star of David from Netanyahu's neck would it then be okay?
The "Star" merely denotes that Bibi represents the state of Israel. I thought that the "received wisdom" is that Israel is a "secular state." Laughable. If you remove the Star, and it then makes it "okay," then why is that? If you keep it, it merely signifies to the average, uncomprehending, dumbass NY Times reader that, yes, this represents the leader of the "secular" leader of the state of Israel-- that exerts undue influence through separating the monies of the taxpayers of the U.S. through it's lobbying arm AIPAC.
Why is that FACT "anti-Semitic"?