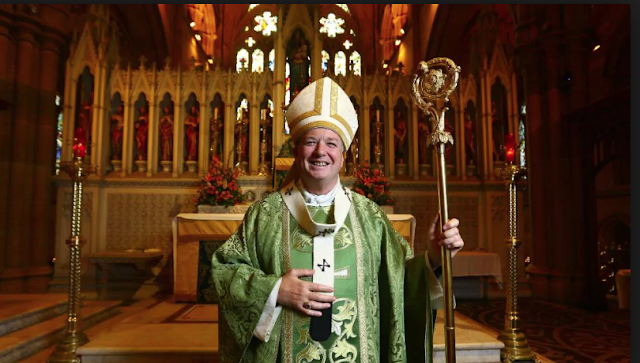 
Archbishop Anthony Fisher said that after hearing of a recent “catalogue of fires” and arson attacks in French churches, “it really struck me that we are, in some ways, under siege.”

“In a sense, Christians are always under siege, even when they are very popular in the world. We have our own spiritual battles to fight,” he told radio host Alan Jones.

“Particularly at this time,” he said, “we know there are those in the world who are opposed to all religion or opposed to our religion and it looks like some of them are determined to make that clear by burning down our buildings.”

“I hope that’s not what was behind what happened at Notre-Dame Cathedral,” he added.

Watch for him to be removed from office soon.