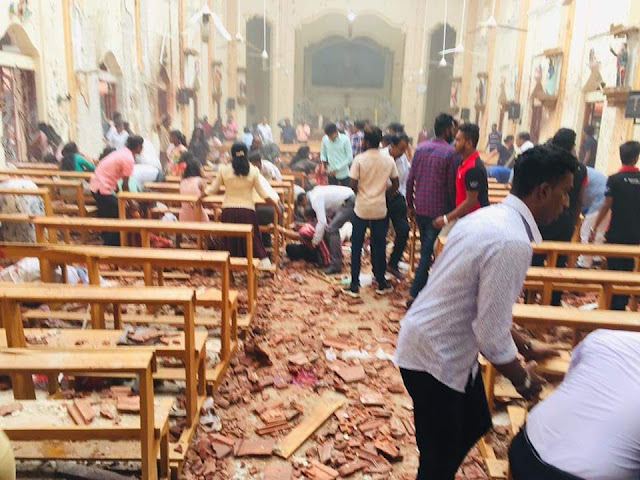 From the Daily Wire:


In response to a horrific series of radical Islamist jihadist attacks Easter Sunday in Sri Lanka that killed 290 and left an additional 500 injured, Rick Noack of The Washington Post has decided that the proper subject of his ire ought to be…”far-right anger in the West.”

To some, [the attacks were] further proof that Christians in many parts of the world are under attack. Several churches were targeted in Sunday’s bombing attacks, along with hotels and a banquet hall.

At one Catholic church in Negombo, more than 100 people were killed. The attack took place on Easter, one of the most important dates on the Christian calendar. ...

Regional branches and sites associated with Germany’s far-right Alternative for Germany (AfD) party framed the Sri Lankan bloodshed as an attack "against us Christians," even though the party officially claims to be open to members of all religions ...

Local party branches in the city of Solingen and eastern Germany lashed out at journalists for initially refraining to establish a link to Islamist terrorism.

Some far-right groups claimed hypocrisy and double standards, arguing that attacks on Christians failed to receive the same response as attacks on Muslims. ...

American far-right activists offered their own responses. "Followers of Jesus worldwide are being killed and otherwise terribly persecuted every day," Frank Gaffney, a former Reagan administration aide now best known for his anti-Muslim rhetoric, said on his radio show. "All too often, their losses go unremarked."

Are they fucking kidding?
Posted by Pastorius at 12:54:00 pm

So, anti-jihadists are all "far right"? At this rate, the West is committing suicide faster than even I, the pessimist, predicted.