CDC Admits That It Miscalculated The Risk Of Outdoor Covid Transmission 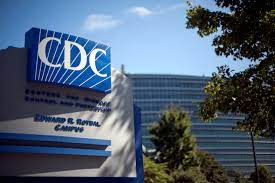 The New York Times is reporting that the Centers for Disease Control and Prevention was relying on a faulty study in declaring a 10 percent chance of the transmission of Covid-19 outdoors.

After using the “miscalculation” to support outdoor mask mandates for over 300 million Americans, the CDC now says that it is more like one percent.

It is astonishing that such a key and controversial component of our Covid policies was not just based on a miscalculation but never actively questioned or reexamined to discover the error. The Times’ Leonhardt noted

“There is not a single documented Covid infection anywhere in the world from casual outdoor interactions, such as walking past someone on a street or eating at a nearby table.”

The outdoor risk has been a major source of disagreement with many contesting mandatory mask rules for those walking or working or recreating outside. It turns out that, according to the Times, the 10% benchmark is based “partly on a misclassification” of virus transmission in Singapore at various construction sites.

Those sites were incorrectly described as outdoor but now appear to have actually taken place in indoor settings. Singapore also classified settings that were a mix of indoors and outdoors as outdoors, including construction building sites.

Of course there will be no consequences to the CDC, though their recommendations destroyed the economy, and ruined the mental health of countless people.