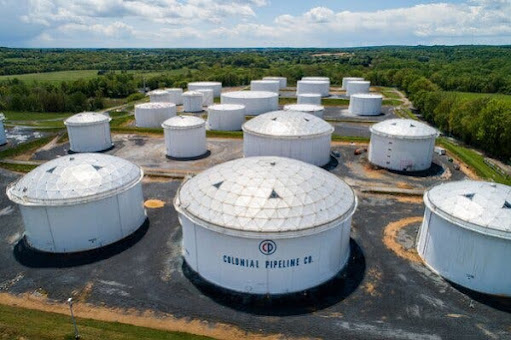 The legislation, which became effective immediately, exempts motor carriers and drivers providing direct assistance related to the fuel shortage from legislation that regulates how long they can work.

A criminal group originating from Russia named "DarkSide" is believed to be responsible for a ransomware cyberattack on the Colonial Pipeline, according to a former senior cyber official. DarkSide typically targets non-Russian speaking countries, the source said.

The attack has led the White House to form an interagency working group over the weekend to prepare for various scenarios, including whether additional steps need to be taken to mitigate any potential impact on fuel supply, a White House official said Sunday.

Bloomberg and The Washington Post have also reported on DarkSide's purported involvement in the cyberattack.

How long before FedGov decides to take control of the energy distribution throughout the country? Temporarily leading to permanently.

That's the goal, all right.

The Road to Serfdom!