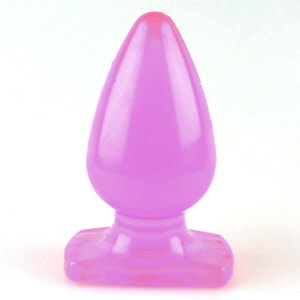 Lisa Miller writes in Newsweek describing the latest fad by anti-Islamists to promote their semantic assault by using terms such as ’stealth jihad’ from the same group which presented “Islamofacism” and “Axis of Evil”.
The article argues that right wingers use the term:

“stealth jihad” in attempts to make the terrorist threat broader and thus more nefarious than it already is. The only thing scarier than an invisible, homicidal, suicidal enemy with a taste for world domination is one who’s sneaking up on you”.

The term is the title of a two-year-old book by Robert Spencer, founder of the Stop Islamization of America group whose so called antiterrorist blog, Jihad Watch, is cited and dispersed widely on the far right. The latest controversy over the proposed building of the Ground Zero Mosque has apparently given the green light to Gingrich as an excuse to use freely the racist term “stealth jihad” and its variants including the offensive term “creeping sharia”.

Not only has right winged Gingrich targeted Muslims and used offensive terms describing them he has also victimized their “Muslim Brotherhood operatives, accusing the likes of :

In fact the writer highlights that words matter, and:

“if you say them often enough and with enough authority, they start to sound true—even if they’re not. Abdul Rauf, for instance, has no affiliation with the Muslim Brotherhood and is an“operative” (another nefarious word) only in the sense that running a small, progressive interfaith nonprofit is an “operation.”

The article emphasizes that logically “stealth jihad,” is in effect impossible to imagine such an event occurring.
Geoffrey Nunberg, a linguist at the University of California, Berkeley argues that the term ’stealth jihad’ is ludicrous bringing to mind the anticommunist campaigns of Sen. Joseph McCarthy in the 1950s, stressing that:
“Just as McCarthyites imagined a communist behind every lamppost, the word “stealth” conflates all Muslims with terrorists. In a stealth campaign you never know who your friends are”.
Posted by Pastorius at 3:49:00 am

Racist! A race of Muslims? Is there a Mormon race? Is that like a race of Scientologists?

Newsweek is sillier everyday. I don't even read it in the dentist's office.

I get Newsweek for free -- a teacher promo thing.

The magazine is so full of crap that I barely glance at it anymore.

The only reason I look at it at all is that I want to know what the lefties are reading. But I do wonder if even lefties read it.

Well we now see the major non military strategy of the MB and therefore the wahabbist side of things...

Opposition to Sharia, and growing influence towards RELIGIOUS IMPERATIVES IN THE CULTURE is racism.

I guess that means every town, city and county which banned a Christmas display is racist.

it's bullshit by stealth-jihadists for creeping sharia!

Yeah--Rauf's father was only closely associated with the founder of the Muslim Brotherhood. But then, Obama didn't know Jeremiah Wright too well either.....