It's OUR economy that's being KILLED..India, Russia, Germany ALL GROW SIGNIFICANTLY 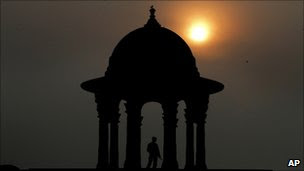 India's economy grew at its fastest rate for more than two years in the last quarter, according to official data.

In the three months to June, GDP was up 8.8% compared with the same period last year.

Although only the 11th biggest economy in the world, India is the second fastest-growing, behind China.

Services including hotels and banking also did well, with output up nearly 10%.

Services account for 55% of India's economy, while industry makes up around 25% of output.

In July, the Reserve Bank of India said it expected annual growth for the current financial year to come in at about 8.5%.

MOSCOW -- Russia's gross domestic product (GDP) grew by 4.0 percent in the first half of 2010 from output in the same period last year, the state statistics office said on Tuesday, citing preliminary data.

The figures were slightly lower than official mid-July predictions, which forecast economic growth of 4.2 percent in the first half, according to the economic development ministry.

Russia's hydrocarbon-dependent economy was hard hit by the economic crisis, suffering a 7.9-percent economic contraction in 2009 after growth of 5.6 percent in 2008.

But with the recovery of energy prices and strong performance in the second quarter, the government has been forecasting growth of 4.0 percent for all of 2010.

FRANKFURT -- The German unemployment rate was stable in August at 7.6 percent of the workforce, official figures showed on Tuesday as the number of people seeking work edged slightly lower to 3.188 million people.

"The clear rebound of the German economy continues to translate positively onto the jobs market," a labour agency statement said.

The fall from an unadjusted figure of 3.192 million, the figure used as a public reference, meant the jobless rate was unchanged from July as Europe's biggest economy powers out of its worst post-war recession.

The adjusted rate used by economists was also 7.6 percent in August, but the corresponding number of unemployed declined by 17,000 people, the federal labour office said.

That was slightly below a forecast decline of 20,000 compiled by Dow Jones Newswires, but nonetheless showed continued improvement as firms rehire to meet stronger foreign and domestic demand.

It was the 14th monthly decline in a row and left the unemployment rate at close to a two-year low point, Capital Economics senior European economist Jennifer McKeown noted.

Barack Obama IS NOT THE MAN, and the democrats are KILLING AMERICA and trying to blame other people while they HOLD THE RESONSIBILITY IN THEIR HANDS. That's all there is to it