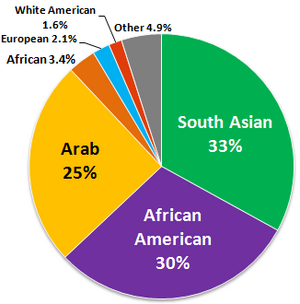 The FBI is defending its invitation to a prominent critic of Islam in America, who is also one of the leaders of the fight to stop a downtown Manhattan mosque and Islamic Center.

The Council on American Islamic Relations complained late last month that Robert Spencer, who runs the Jihad Watch site and is co-founder of Stop the Islamization of America, had spoken to the Tidewater Joint Terrorism Task Force, a combination of state, federal, and local law enforcement centered in Norfolk, Virginia.

Spencer, along with his confrontational stand toward the New York project, has long been at odds with Muslim leaders for alleging links between American Muslim leaders and extremism. He has also been a critic of the religion of Islam itself, suggesting that the historical Mohammed, for instance, did not exist, and that the portrayal of him in the Qaran is of a "con man."

"Our nation's law enforcement personnel should not receive training from the head of a hate group that seeks to demonize Islam and to prevent American Muslims from exercising their rights as citizens," said CAIR National Communications Director Ibrahim Hooper, who also noted that Spencer and blogger Pamela Geller recently published a book subtitled, "The Obama Administration's War on America."

But the chief division for the Norfolk FBI field office, Phil Mann, defended the invitation to Spencer.

"We invite speakers who represent a variety of viewpoints and the special agent in charge of the Norfolk office has invited local Muslim leaders to speak to his staff. That doesn't mean we enodrse our adopt the view of any particular speaker," Mann said. "Broad knowledge is essential for us to better understand and respond to the threats that we face. Knowledge also helps us defeat ignorance and strengthen relationships with the diverse communites that we serve."

Spencer wrote on his blog that his meeting with the FBI had been "encouraging."

"I met many conscientious agents determined to understand the jihad threat and resist it in all its forms," he wrote.

Spencer responded to a question about CAIR's attack with a link to his own press release on the matter, dismissing CAIR as a "hate group" and citing praise of his work from prominent conservatives.

I find it utterly amazing and disturbing that groups like hate Watch are not standing with the Anti Jihad movement, instead of demonizing its prominent members.