Teacher Punishes Students For Saying "Bless You" After Sneezes 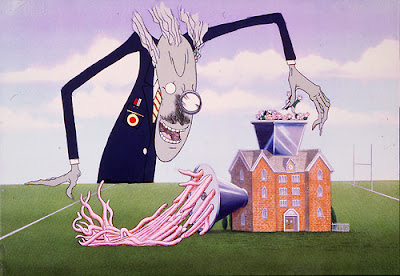 
FRESNO, Calif. (KFSN) -- A Northern California teacher says he doesn't want to hear a common courtesy in his classroom.
He's even lowering students' grades if they say "bless you" after someone sneezes.

Steve Cuckovich says the practice is disrespectful and disruptive. He's banned saying "bless you" in his high school health class in Vacaville.

He even knocked 25 points from one student's grade for saying the phrase in class.

Cuckovich says the policy has nothing to do with religion, but says the phrase is just a outdated practice and disrupts class time.

"When you sneezed in the old days, they thought you were dispelling evil spirits out of your body," Cuckovich said. "So they were saying, 'god bless you' for getting rid of evil spirits. But today, I said what you're doing doesn't really make any sense anymore."

After parents complained about students losing points for saying "bless you", Cuckovich says he decided to stop the practice.

However, the teacher says he will just find another way to discipline students for saying "bless you" in class.

That just sounds ridiculous. Does he dock points from the sneezer who says, "Thank you?" This is just wrong too. And where the Hell is the principle? It took the parents complaining to squash it?