Meanwhile, our mayor, Tom McMahon (D-ummy) (and too many other politicians pundits and gadflies around this nation) is still trying to put a rosy spin on things.

As troubling as Reading's poverty rate is, the city is still moving in the right direction, said Mayor Tom McMahon.

"We've made a lot of progress," he said, referring to thousands of new jobs being created in the Reading area in the last several years. (oh really?)

McMahon acknowledged that Reading needs more of its residents to have some post-secondary education or at least high school diplomas.

But he said there are plenty of qualified workers in the Reading area looking for jobs, making the city a prime place for new companies to open. (looking, but not finding)

Lowering unemployment would cut the poverty rate, reduce the amount of petty crime and increase tax revenue, he said. (no shit knothead)

McMahon said he hasn't gotten a lot of feedback from city residents since the release of new census figures showing that Reading's poverty level has risen.

"We're fighting a lot of issues here, but I think we're going to win," he said.

Berks County Commissioners Kevin S. Barnhardt and Christian Y. Leinbach each pointed to the low cost of city housing and the wide availability of social services for poor and low-income families and individuals as contributing to the increase of unemployed and uneducated people in Reading.

Leinbach said the No. 1 poverty rating is a blow.

"It doesn't mean anything good," Leinbach said. "But, that said, it is just a continuum of what we've known for years. It's unfortunate, but that is our reality."

The county and city remain irretrievably linked, he said.

"We can't put a wall around the city," Leinbach said. "We have to find ways to address these issues: Why is housing so cheap and why are large numbers of people coming here from New York and other cities?"

Barnhardt said the No. 1 designation is the result of 30 years of commercial and industrial job flight from the city and that the influx of poor is partly to blame.

"The result has been the creation of a permanent underclass," Barnhardt said.

The only way out is to combine the resources of government, social service agencies and schools to create a more employable work force in the city, he said. (HEY! WE'RE HERE! WE'RE VERY EMPLOYABLE! WHAT THE HELL ARE YOU GUYS TALKING ABOUT?!?!?) 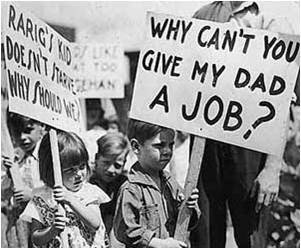 MR - amazing the lack of reality with our leaders.