I post this article because yes, it's my hometown but more importantly it's happening in many other communities as well.
And as they run out of U.C. benefits and there are no jobs on the horizon it is only going to get worse.

The food banks are running out of food. Meanwhile at our local Giant in recent months I have noticed that what is selling out very quickly is the buy one get one stuff, the 10 for $10 yogurt or pasta etc.

Around here it seems people are beginning to stock pile food while they can. While they have the money. While it's still affordable. But even the deals aren't as good as they used to be.

But the other thing I've noticed -- and I've been doing the shopping for more than 2 years now -- is store employees pulling food that has expired from the shelves. It seems it is no longer moving fast enough to sell before expiring.

So, if the food is no longer affordable and the shelves are emt of the food that is. . .

And the food banks and pantries are running out on distributioon days. . . 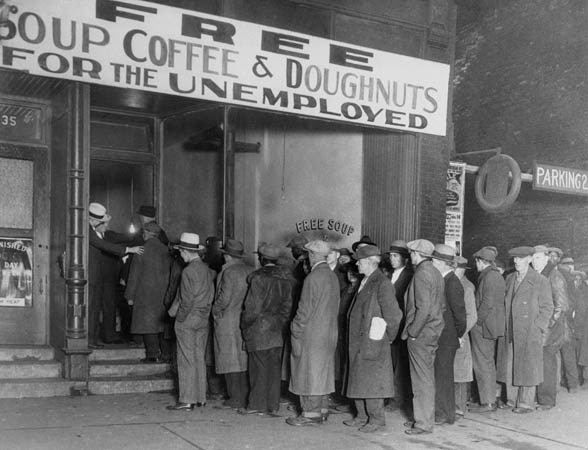 When Reading was designated No. 1 in poverty nationally, some may have assumed poverty in Berks County is confined to the city limits.

The reality is that as poverty eats at the county seat it also gnaws at the suburban and rural communities that comprise most of Berks.

According to the U.S. Census Bureau's national American Community Survey, there are 35,000 residents living at or below the poverty level in Reading, giving the city a 44 percent poverty rating.

The survey also estimated another 20,000 residents of the suburban ring around the city and the townships and boroughs that make up the rest of the county also are living in poverty.

Mindy McCormick, director of social services at the Salvation Army of Reading, 301 S. Fifth St., said the pantry has been running out of food on distribution days this year for the first time in recent memory.

Although most of those seeking food and other assistance from the downtown center are city residents, increasingly people from communities in the suburbs are coming to Reading for food and other help, McCormick said.

"The need continues to grow," she said. "Exeter Township is now opening their own food pantry."

There were 16 families from the Exeter-Mount Penn area, four from the Temple area, and two each from Spring and Cumru townships and West Reading.

"Last week we had a family drive down from Pottsville after the food pantry there ran out of food," McCormick said. (midnight rider note: Pottsville is 35 miles north of Reading. Nearly an hour one way)

In addition, Ron Kratofil, president and chief executive of Keystone Goodwill Industries, said while the rest of the economy has been in recession the past few years, traffic and sales at Goodwill Thrift Stores in Reading, Muhlenberg Township, Morgantown and Robesonia has been steadily increasing.

Erica Hesselson, executive director of Friend Inc. in Kutztown, which serves the mostly rural northern tier of Berks, said 906 people received food from the pantry in 2010. The agency also provided cash assistance, employment counseling and other services to 1,066 last year.

"This problem is not confined to the cities; it is affecting the rural areas and the working poor," Hesselson said.

Hesselson said suburban and rural poverty also is borne out by the fact that some hard-working residents of the farm communities of northern Berks are coming in for help.

"This is a German, driven, private, independent culture out here," she said. "These are people who had the same job for 20 years and are now unemployed.

"Out here people have a harder time asking for help. They are coming here because they have absolutely no other choice."