It’s our money dammit!
New York theater critic and Pulitzer Prize finalist Michael Feingold has a new idea to fight poverty and bring art to the masses.
He thinks the 53 billionaires in New York City should be murdered and their assets seized to fight poverty… And to build a repertory theater. After all, they all stole it from the workers.
From his Facebook page: 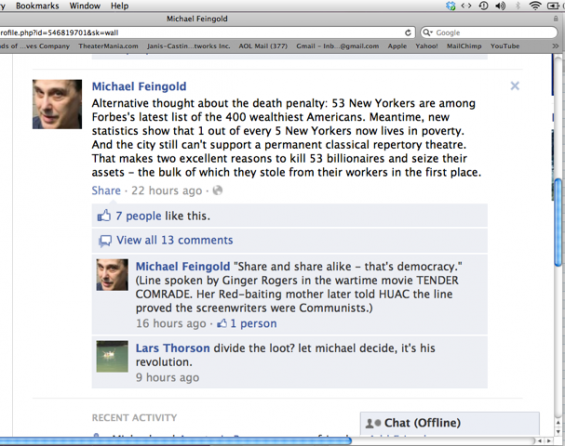 all my thoughts on this goblin and the coming storm from him and his fellow travelers
Posted by rumcrook™ at 12:02:00 am

I'm guessing he was "joking".

How about if we kill Michael Feingold and every fucking Socialist who thinks like him?

Hilarious, no doubt. Course, in this case, we CAN appreciate his honesty about what the Left really wishes...