Turkey to Iran ....let's help each other get the Kurds

If there ARE any natural allies for the USA (and Israel) it’s the Kurds, victims of Iran, Turkey, Iraq for HUNDREDS OF YEARS of oppression, repression, and pogroms.

Israel, are you LISTENING? Erdogan and his islamist people are NOT untouchable or unreachable on their arrogant march. Iran IS AFRAID of internal, and genuine threats.

ANKARA — Turkey is pressing Iran for a joint campaign against Kurdish rebels in Iraq.

Officials said the government of Prime Minister Recep Erdogan has urged Teheran to conduct a joint counter-insurgency operation to drive Kurdish rebels from the Kandil mountains in northern Iraq. Both Iran and Turkey have sent troops and combat platforms against the Kurdish Workers Party and its Iranian chapter, the Party for Free Life in Kurdistan, known as PJAK.

“We may undertake a joint effort in Kandil,” Erdogan said on Sept. 16.

Kurdish rebels said Iran and Turkey have been coordinating operations in Kandil since mid-2011. They said Ankara and Teheran have been in steady contact to prevent friendly fire incidents and ensure maximum effectiveness.

Iranian and Turkish officials have denied formal coordination in the campaign against the Kurdish rebels. Ankara has asserted that Teheran rejected Turkey’s offer for an intelligence exchange on the Kurdish rebel presence in northern Iraq.

“This is not onthe agenda at the moment,” Iranian ambassador to Turkey, Bahman Hosseinpour, said on Sept. 16.

For his part, Erdogan said he plans to meet Iranian President Mahmoud Ahmadinejad at the United Nations over the next few days. The prime minister said he would then fly to Iran for additional sessions to discuss strategy.

Over the last five years, Turkey has sought to bolster relations with Iran on military, political and security issues. But the two countries remain far apart on the future of Syria, particularly the future of President Bashar Assad.

“I wouldn’t say there are tensions with Iran,” Erdogan said. “But we have warned them that their stance is encouraging and spoiling the Assad administration.”

Israel should offer IMMEDIATELY to sent the Kurds sensor equipment which will allow them to evade air strikes, encrypted communication equipment to help in this endeavor, and hold over the heads of BOTH Iran and Turkey that it MIGHT be possible for Israeli aircraft OR ANTIAIRCRAFT MISSILE to be in position IF ASKED FOR HELP. 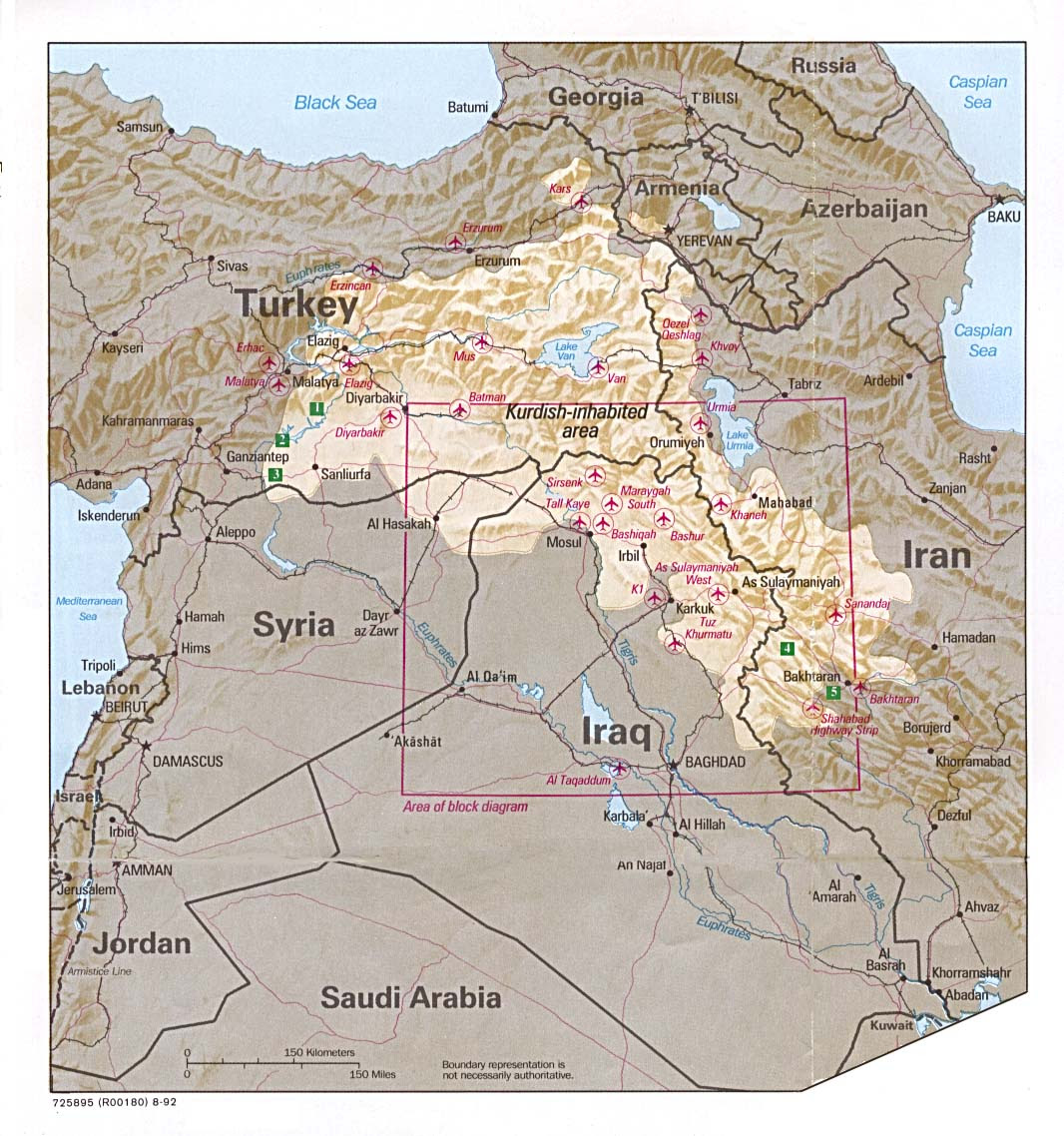 Syria DOES NOT have the means to stop the IAF from flying over Kurdistan. Nor the means to prevent, IF NEEDS BE the air dropping of Stingers to the Kurds, who could then carry them back into both Turkey and MOST ESPECIALLY, IRAN. There is certainly inherent danger in this course, but a world with Iran more concerned about itself and back on its heels, and more afraid of internal dangers is a better place. Turkey would think a few times before sending any FLOTILLAS.

Incirlik IMHO, is history if Turkey continues on the path they are on anyway.

But, of course, Obama will never allow US aid to flow through Israel for this purpose.