How Long After These Two Effeminate Idiots Are Home Will They Begin Causing Trouble and Telling Us To Respect Islamic Culture? 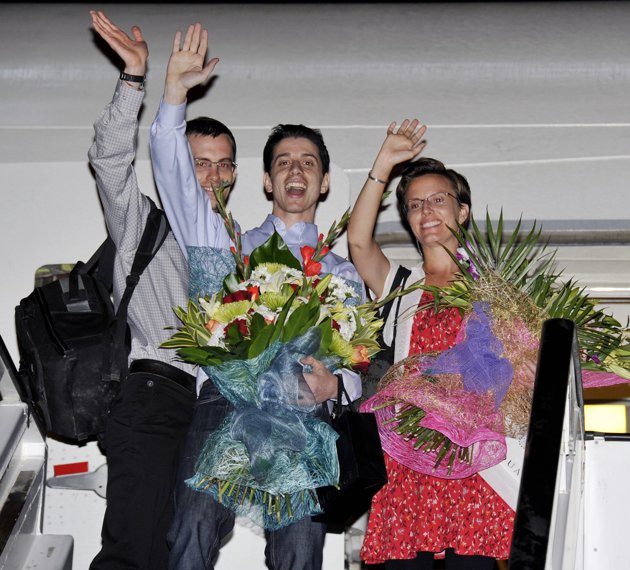 
NEW YORK (AP) — Two Americans held for more than two years in an Iranian prison on accusations of spying returned to the U.S. on Sunday, ending a diplomatic ordeal that began with what they called a wrong turn into the wrong country.


Josh Fattal and Shane Bauer arrived at Kennedy Airport in New York City at about 11 a.m.
The two were released from prison last week. They arrived Wednesday in Oman under a $1 million bail deal and were embraced by relatives.
They were detained along with fellow hiker Sarah Shourd in July 2009 along the Iran-Iraq border. They say they were only hiking in Iraq's relatively peaceful Kurdish region and may have wrongly ended up in Iran.
Before boarding the plane in the Omani capital of Muscat on Saturday night, the men made brief statements and thanked Oman's ruler for helping secure their release.
"We hope to someday return to this wonderful country, but for now we are eager to go home at last," Fattal told reporters.

yup... "this wonderful country". Give me that wastebasket I'm going to yak!

I was wondering what you were talking about.

I have had absolutely zero sympathy for these 3 idiots. If you have to go hiking do it in the Rockies. They have no brains to be washed, clothes maybe, but no brains.