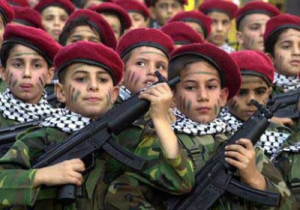 
Yet, the ISNA wants to have "Gun Control" for America?


Sounds like Muslims want to disarm their enemy, if you ask me.

Top U.S. Islamic Group Calls for ‘Gun Control’ Patrick Poole, July 24, 2012
Fresh off of handing a “diversity” award to outspoken Jew-hater DawudWalid, the Islamic Society of North America (ISNA) is moving on to a new outrage by launching an attack on the U.S. Constitution.
The current issue of ISNA’s bi-monthly magazine Islamic Horizons carries an article about ISNA’s demand for gun control.
Specifically, the article, with the unambiguous title “ISNA Seeks Gun Control,” cites the shooting of Trayvon Martin to explain their opposition to S. 2188, the “National Right-to-Carry Reciprocity Act of 2012,” and S. 2213, the “Respecting States’ Rights and Concealed Carry Reciprocity Act of 2012.”

An April 13thaction alert on ISNA’s website directs their supporters to contact Senate Majority Leader Harry Reid to have him stop the legislation from becoming law.
The same action alert states that ISNA is part of the Brady Center’s “Faiths United to Oppose Gun Violence,” and the Islamic group signed onto the Brady Center’s “Faith” group letter to Reid demanding he block the legislation.
This is not the first time that ISNA and the Brady Center have united to oppose the Second Amendment.
As noted by The Truth About Guns in February 2011, ISNA was one of the original founding groups of the “Faiths United to Oppose Gun Violence” when it was rolled out by the Brady Center.
Nor is the Second Amendment the only constitutional freedom under assault by ISNA and its leaders.
Read the rest at PJM here.
Posted by Pastorius at 12:03:00 am