"Another Obama Tale" - The Tale of an 'Composite' Airline Ticket 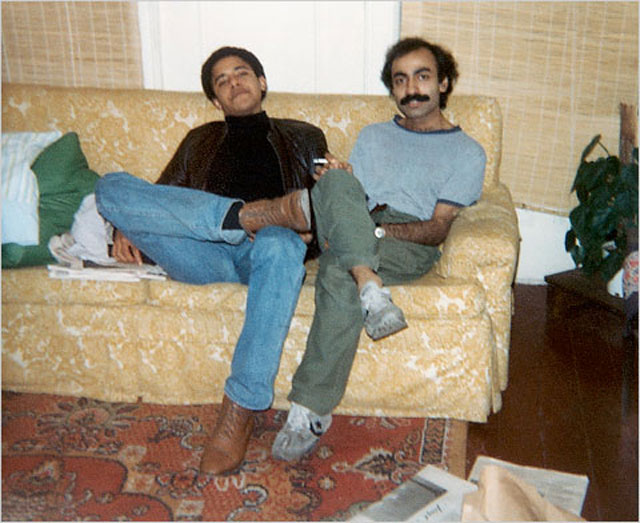 
From Will at The Other News:


(TOF).….“an around the world Pan Am ticket that allowed sixteen stops”

This little sentence in the David Maraniss book Obama:The Story tells a tale that epitomizes the lies of Barack Obama. To begin, there never was such a thing as an international ticket that allowed 16 stops, indeed the “Round the World” fare offered as many stops as you wished in an 80 day period, by 1982 this was extended to 180 days.


Round-the-world (RTW) tickets have been sold since 1978 when Pan American offered its "Round the World in 80 Days" fare. Pan Am was the only airline at that time that had routes “around the world” and the fare was a huge savings (approx 40%) over the traditional fares based on mileage traveled.

The ticketing rules were quite simple: Initial reservations for the first international leg of the trip, along with the intended itinerary, must be presented when tickets are purchased no later than 21 days before departure, future reservation could be made as the trip progressed, all flights had to be on Pan Am and all travel must progress in a west-east or east-west direction and end at the same point of departure.
If it is true that Barry purchased this ticket type then it is in accommodating these rules that exposes many lies in Obama’s summer 1981 narrative.

21 days prior to departure rule. According to Maraniss, Obama flew to Jakarta on June 18th, 1981, 21 days prior to departure would have been 27 May, 1981, the last day Obama had to buy his ticket if he indeed traveled on 18 June. Maraniss tells us that Paul Carpenter claimed in a letter to Phil Boerner on 13 June 1981 that “Obama would be hard to nail down over the summer to share an apartment in New York since he was off on a trip to Indonesia, Pakistan, Paris, London, New York“.

But this information is curious since Obama did not know he had even got into Columbia “until acceptance letters came in early june” Boerner was “impatient” and had already found out he got in, he took off for his summer job in June 1981. Fact: Obama could not have known he got in to Columbia when he purchased this ticket

There are no flights from Los Angeles, Honolulu, Sydney, Tokyo, Hong Kong, or any other departure point arriving in to Jakarta. According to Maraniss, Obama flew to Jakarta on June 18th, 1981 on Pan Am, according to Pan Am that was not possible since their service to Jakarta and Denpasar had been discontinued.

Could Obama have flown Los Angeles to any of these places on Pan Am and then another airline on to Jakarta, yes of course, but he would have to have purchased another ticket, one way, and that alone would have defeated the point of the RTW ticket, saving money. While we are on the Pan Am only rule. Pan Am did not in 1981 nor did it ever in it’s history fly between Jakarta and Karachi. In the same vein Pan Am’s only entry into Paris was from Miami. So Paul Carpenter’s claim that Obama was traveling that summer To Indonesia, Pakistan, Paris, London and New York is true, except for the Indonesia, Karachi, Paris part.

along with the intended itinerary rule. What this means is that Obama would have to have known and had ticketed each leg of his itinerary. He only had to make flight reservation on the first leg but if he purchased this type of ticket, it would have to have been written (yes hand written, we didn’t have ticket machines back then) LAX-JKT-KHI-PAR-LON-NYC-LAX - This routing could never have been written and validated on Pan American Airways for a round the world fare in 1981, period.

By 1985 these RTW tickets were beginning to catch on and airlines began to market these fares in conjunction with other airlines British and American Airlines for example would code-share to extend their world routes. In 1981 however this marketing effort did not exist, Pan Am was the only airline offering this type of ticket.

So does any of this mean anything. Well with Obama it usual means he is hiding something. If it is true that Obama left Los Angeles on a Pan Am flight on 18th June, 1981,that would be 3 days after the 15 June, 1981 graduation of his roomate Hasan Chandoo, who was leaving Los Angeles for good and as we are told by Maraniss returning to Karachi for the summer before going on to London to work in his family’s business. Obama would be left in Los Angeles with no place to stay, it doesn’t take much to believe that Chandoo invited him to Pakistan until he needed to return to New York to begin his term at Columbia. Pan Am had a flight from LAX to Karachi via Frankfurt at 1000am on June 18th, 1981.

We know from Maraniss that “Obama arrived in New York a week before Boerner” Boerner, we know from a letter he wrote to his girlfriend arrived in New York Saturday 29th Aug, 1981 so Obama having arrived a week earlier would have been about Aug 22, 1981. According to sadik “he arrived pretty disheveled with all his belongings in a suitcase.” (I wonder what Obama did with his Indonesian face mask so wondered at by the same “sadik” a mere 8 months earlier). So why the false narrative? Why not the truth?Read the full story here.

Question to guys: Do you sit on couches like this with your friends?