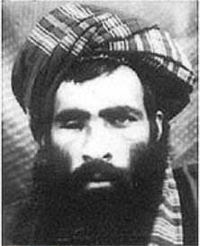 
Mullah Omar, the one-eyed Taliban leader who has been on run since the United States toppled his regime in late 2001, is one of the world's most wanted men and is leading a Taliban insurgency aimed at ousting Karzai.
Karzai has repeatedly called on Omar and other insurgents fighting against his administration to renounce violence and accept peaceful reintegration.
"I repeat my call on all Afghans, those who aren't the puppets of others and have (only) issues with us at home – they're welcome for any talks," he told a news conference.
"Mullah Mohammad Omar can come inside Afghanistan anywhere he wants to. He can open political office for himself but he should leave the gun.
"He along with his friends can come and create his political party, do politics, become a candidate himself for the elections. If people voted for him, good for him, he can take the leadership in his hand," Karzai said.