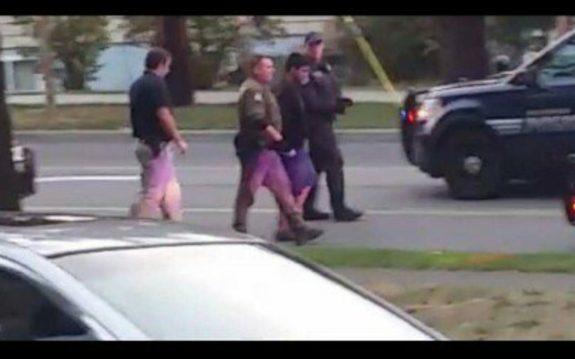 
Cetin’s neighbor who saw him being arrested and took pictures of the arrest, says that Cetin’s ex-girlfriend and her grandmother were among those shot in the Macy’s. 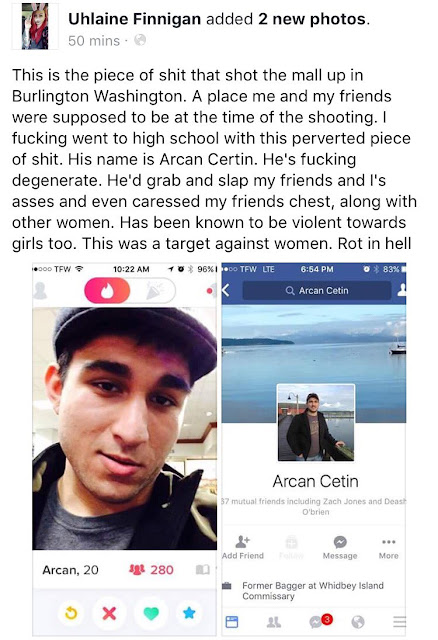 Honor killing? How can the authorities say he acted alone, when he entered the mall unarmed, and ten minutes later was carrying a rifle? Most probably someone working at the mall brought in the firearm and hid it in a store room or under something in Macy's. I'm sure there are enough cameras in the mall to check all movements.

Conflicting reports continue:
KomoNews :
Law enforcement sources tell KOMO 4 that the suspect’s name is Arcan Cetin. Centin, 20, has not been convicted of any crimes in Washington state, according to state records.

He has a disgusting YouTube up of himself playing video games in a Russian accent: https://youtu.be/t8qFroMQnJU

You know what I get out of that Video Game post?

He is completely insane.

He does not live in the real world.

This may really have nothing to do with Islam.