Nathan Desai: Gunman who injured nine in Houston was wearing a Nazi uniform, MEDIA HAS EUROPEANIZED HIS SANSKRIT SURNAME, CHANGING IT TO "DeSai" 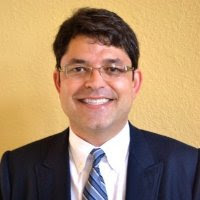 
Law enforcement sources said that the shooter was wearing what appeared to be an antique German uniform with Swastikas on it.

Montalvo said the gunman’s car was also found on Law Street, and that several weapons were found inside. Police spent hours searching the vehicle.

Investigators also combed through the shooter’s apartment, where they found what appeared to be Nazi paraphernalia inside, according to a law enforcement source.

When asked if she believes the shooting was related to terrorism, [Houston Police Chief Martha] Montalvo said that she is not ready to say that yet.

ABC 13 is reporting that Nazi paraphernalia was also found inside the black Porsche DeSai owned.

NABC13 has confirmed that Nazi materials found inside the car registered to DeSai.

The media is now spelling Nathan Desai's name "DeSai", as if it is a French or Spanish name. They are trying to make it seem as if he is European.

I'm pretty sure the name Desai is Indian, or maybe Pakistani. I could be wrong. Please correct me if I am.

Desai's Linkedin page was taken down. But the Yelp page is still up. 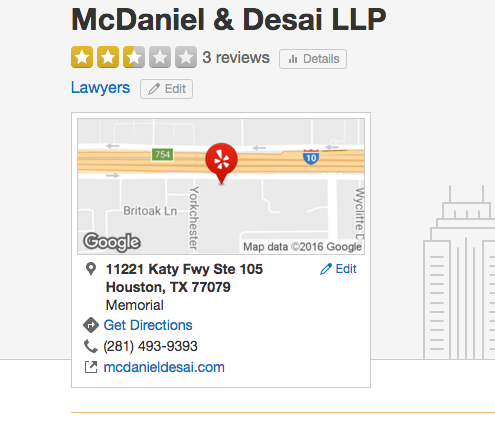 
Desai(pronounced [d̪eːsaːiː]) is an administrative title and surname derived from the Sanskrit words deśa- 'land' and pati meaning 'lord'.

seeing as that hitler went to the muslims in bosnia to set up a prototype for his SS - I would say this 'ruse' has roots.
C-CS

Desai is Hindu and "Nazi" stuff is basic Hindu swastika. The media is jumping on the swastika trying to portray him as a right wing racist. Meanwhile portraying all hindus as Nazis. Id like to see them do the same with Muslims. Pieces of turd.

If there are any media outlets that attempt to explain the HIndu origins of Nazism, please let me know.

I think you are probably a bit inaccurate on that. If I am wrong, like I said, please give me some links so I can be corrected.

I would love to see the media talking about where the phrase Aryan came from and how it fits into Hindu eschatology and the caste system.

I don't care about his race or ethnicity. There are more Muslims in India than in Pakistan. So between India and Pakistan, he could still be a Muslim, although I'm afraid we will never find out. Besides, his devotion to Nazism makes him a perfect candidate for being a Muslim.

Yes, I am an Islamophobe (I fear Islam) and a deplorable. And quite proud of both.

I don't care about his race either.

BUT I DO CARE THAT CRIMES ARE BEING BLAMED ON WHITE PEOPLE WHEN BROWN OR BLACK PEOPLE ARE COMMITTING THOSE CRIMES.

And I do care about that.

You are aware that whites are being blamed for police shootings in Tulsa and Charlotte, right?

But in both cases, the media has led the public to believe it was white male cops who did the shooting.

In this case, with Nathan Desai, it was a brown male who did the shooting, but the media is actively promoting the idea that it was a european male in a nazi uniform.

Do you understand that that is racism against white people?

Yes, but that is nothing new. At least starting with Ferguson, that is a fact. And sooner or later that truth becomes evident.
I believe, perhaps mistakenly, that we have to concentrate on one issue, and that is the MSM and the rest of the establishment in trying to protect and shield Islam whenever possible. They succeeded in Orlando, blaming the attack on gay issues, and now trying to blame it on Nazism. Anything but Islam. Was this guy a Muslim? How do we find out?

I don't think he is. If he was, I think we would have found out already.