A Muslim Terrorist From the Capital of ISIS Shot Up a Supermarket, Biden Blames Guns 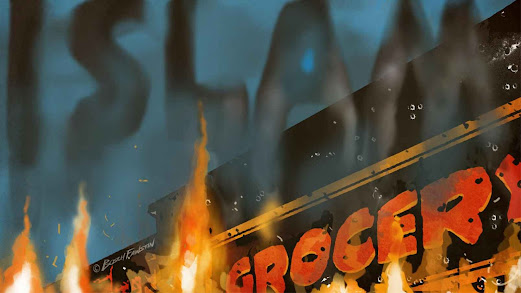 Two years ago, Ahmad Al-Issa shared a post titled, “Why refugees and immigrants are good for America.” On Monday, the Syrian Muslim immigrant shot up a supermarket killing ten Americans.

Biden declared that he was "still waiting for more information regarding the shooter, his motive, the weapons he used. The guns, the magazines, the weapons, the modifications that have apparently taken place to those weapons that are involved here."

Why do the modifications to the Syrian immigrant's weapons matter more than his motive?

Obama joined in, demanding that it is, “long past time for those with the power to fight this epidemic of gun violence to do so.”

Ahmad Al-Issa spent much of his time in America accusing his classmates and everyone around him of being ‘Islamophobes’. He repeatedly got into furious confrontations with the Americans whom he claimed were disrespecting his Islamic religion.

While Ahmad Al-Issa came to America at a young age with his family, the Al-Issa clan originated from Raqqa. The name of the Syrian city may not mean much to most Americans, but it was the former capital of the Caliphate of the Islamic State.

Although not exclusively a kosher market, this grocer did supply kosher goods ...

So Syrian radical Muslim Ahmad Al-Issa killed 10 people at “Your One-Stop Shop for Kosher Groceries” and we’re supposed to all make believe that this wasn’t terror and run with the depressed guy angle.

Some Facebook posts have been (conveniently) "leaked". But of course, not the full complement of his comments.

In high school, he beat up someone for calling him a terrorist. I bet that individual feels a bit vindicated today. They might have sensed it in him - an intense hatred for America and our values.

There is something very, very cold about not addressing the Muslim identity as perhaps part of the equation. The victims, deserve better. Staring with 9/11, how many Muslim spree killers have we dealt with now, two decades after the fact?