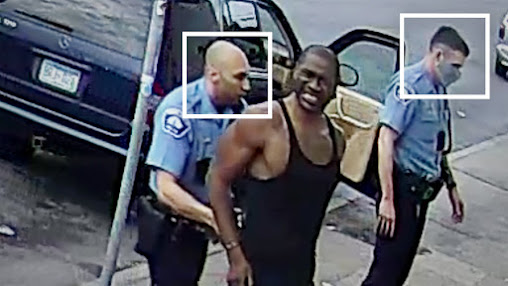 “A printout of George Floyd’s toxicology report was hung beside a photo of his face on a Black History Month-themed bulletin board on the third floor of Brown dorm” on March 20, the student newspaper The Chronicle said.

“We are completely aligned with the idea that a person who causes harm to others in this community and elsewhere should be held accountable,” Dean of Students John Blackshear said at a meeting with residents of the Brown Residence Hall. The dean said information had been turned over to the Office of Student Conduct and Community Standards.

Floyd died at the hands of Minneapolis police officers in May 2020 and the trial of one of the officers, Derek Chauvin, has started with jury selection.

The student newspaper did not include photos of the posted report in its article, but it did describe what it looked like.

“Each compound listed on the toxicology report was underlined with a pink pen, and the person wrote notes across the top of the page insinuating that Floyd was responsible for his own death,” the paper said.

Floyd’s autopsy report showed he had methamphetamines, cannabinoids and fentanyl in his system when he died.

"Died at the hands of police officers." Funny, I thought that's what a trial is to determine. Meantime, sounds like some students are going to need a cookie and a hug