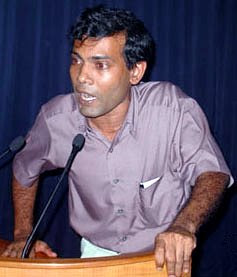 In the aftermath of the seaborne attack on Mumbai, Maldives President Mohamed Nasheed yesterday warned of an increased threat of militants using the seas to launch attacks in the future.
Nasheed, who held talks with Indian leaders on Wednesday, told a press conference in New Delhi that India and the Maldives had decided to enhance anti-piracy and maritime counter-terrorism operations in the Indian Ocean.
“You have fenced the India-Pakistan border and pushed the terrorists to the Indian Ocean,” Nasheed said.
He said there was a similar threat from the Liberation Tigers of Tamil Eelam (LTTE) in Sri Lanka who had been “forced into the sea”.
Stressing the importance of greater maritime surveillance in the region, Nasheed said the Mumbai attacks had shown that terrorists had adopted the methods of 16th century pirates to strike at land-based targets from the sea.
“Pirates could be recruited into terrorist cells. That is the best type of terrorist you could get - a pirate.”
Indian security agencies say 10 militants arrived by a sea route from the Pakistani port of Karachi, unleashing terror in Mumbai for almost 60 hours starting the night of November 26.
At least 170 people were killed and 300 injured as the terrorists attacked luxury hotels, a railway station, a hospital and a Jewish centre, among other targets.
In light of the Mumbai attacks, there was a need for greater vigilance to ensure that the Indian Ocean remained peaceful, Nasheed said.
The Mumbai attacks and the need for enhanced security cooperation in the Indian Ocean figured prominently in discussions between Indian Prime Minister Manmohan Singh and Nasheed Wednesday.
India and the Maldives plan to intensify interaction between their coast guards, Nasheed said. “Joint exercises are held every two years. It will be more frequent now,” he said.
Nasheed became the Maldives’ first democratically elected president after ending Maumoon Abdul Gayoom’s 30-year rule in elections in October. He was scheduled to wrap up his three-day visit to India - his first to the country as head of state - and leave for Male later on Thursday.–DPA
From: Gulf Times 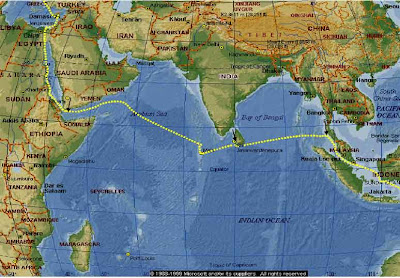