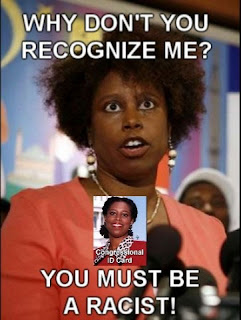 The yacht carrying former US Congresscritter and Green Party Presidential candidate Cynthia McKinney tried to outmaneuver an Israeli navy gunboat off Gaza Tuesday morning. The yacht rammed into the Israeli gunboat, which then turned it around and sent it back to Cyprus.

Foreign Ministry spokesman Yigal Palmor said the boat ignored an Israeli radio order to turn back early Tuesday. He said the boat tried to outmaneuver the navy ship and crashed into it, lightly damaging both vessels. The navy then escorted the boat to the territorial waters of Cyprus.

According to the 'Free Gaza' website of the boat's organizers (which I will not grace with a link), the boat is now headed to 'safety' in Lebanon. Here's their account of Tuesday morning's events.

On Tuesday, December 30, at 5 a.m., several Israeli gunboats intercepted the Dignity as she was heading on a mission of mercy to Gaza. One gunboat rammed into the boat on the port bow side, heavily damaging her. The reports from the passengers and journalists on board is that she is taking on water and appears to have engine problems. When attacked, the Dignity was clearly in international waters, 90 miles off the coast of Gaza.

The gunboats also fired their machine guns into the water in an attempt to stop the mercy ship from getting to Gaza.

As the boat limps toward Lebanon, passengers have been in contact with the Lebanese government who have said the captain has permission to dock and are willing lend assistance if needed. Cyprus sea rescue has also been in touch, and has offered assistance as well. The Dignity clearly flies the flag of Gibraltar, is piloted by an English captain and has a passenger manifest that includes Representative Cynthia McKinney from the U.S. The attack was filmed by the journalists, and the crew and passengers will report on Israel's crime at sea once they arrive in Lebanon.

On board the boat are doctors traveling to this impoverished slice of the Mediterranean to provide badly-needed relief at the hospitals there. The crew and passengers were also hoping to take wounded out for treatment, since the hospitals are not coping. In addition, the Dignity was carrying 3 tons of medical supplies at the request of the doctors in Gaza.

What kind of morons try sending a yacht into a war zone? I can't wait to see the video.... And yes, I will post it as soon as I get it.

Here's a CNN clip. The voice is the voice of a reporter on the boat, but the video footage is from loading the boat and not from this morning's incident. Let's go to the videotape.
Posted by Carl in Jerusalem at 5:39:00 am

Too bad a lot of people take this kind of thinking seriously.

Thank God she did not land in Gaza. The damage she could have done to Israeli morale with that hair could well have decided the course of the war. If that hair-do ever showed up in the cross hairs of a sniper I can well imagine him dropping his gun in sheer fright.