ATTACK ON JEWS: MUSLIMS OPEN FIRE IN COPENHAGEN, INJURE TWO AP MAKES NO MENTION OF ISRAEL/"PALI" CONNECTION
Every Jew needs to be armed.

UPDATE: 2 Jews wounded in Denmark shooting Two Jews were wounded when they were shot by a group of Muslim men in a mall in Odense, Denmark on Wednesday afternoon. (more here)

The Israelis were selling Dead Sea cosmetics at a stand in the mall - a job
many young Israelis pursue, usually following military service, in order to save money for their future and to continue their travels.

A group of men with Middle Eastern-looking features approached them and an
altercation developed. A man in the group then brandished a weapon and fired at
the Israelis.

One of them was hit in the hand and the other in the leg. Their wounds were
not life-threatening. The man hit in the arm had his bone broken by the bullet
near the elbow, his employer in Denmark told Channel 2 on the phone. The man
was speaking just as his employee was getting into surgery at a Danish hospital.

The public's assistance was requested in capturing the shooter, who was
probably a Palestinian, police said. His getaway car was already found but he
had fled on foot.

UPDATE: The jihad loving AP neglects to mention any Jewish/Israel/Palestinian reference in their news article Gunmen wounds 2 in mall shooting in Denmark - that is how aligned with the enemy they are.

Israel Radio is reporting that a 'Palestinian' opened fire on a group of Israelis in a mall just outside of Copenhagen. More details to follow. (source Israel Matzav) hat tip Kathy

C'mon America. Wake the Hell up. Arm Yourselves best you can. If you see something say something and for God's sake don't turn walk away and not get involved or you're sheep to the slaughter. 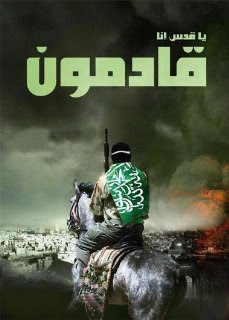 (thanks to Pastorius for the pic)

I bought some of the Dead Sea skincare stuff for my wife last Christmas. It was young women selling them. I'd be sad to think this company was being targetted as a soft touch (ie. open places, easy access).

Jews, specifically, anywhere. The easier the target the better and at a mall, well, . . .

After that, or concurrently, Infidels anywhere.