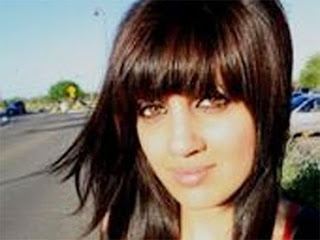 Father Runs Over Daughter For Being Too "Westernized"

PEORIA, Ariz. (CBS/AP) Police believe a 20-year-old girl was run over in a Phoenix suburb because she had become too "Westernized." And the man they suspect was behind the wheel was her own father, an Iraqi immigrant.

Cynthia Diaz, who witnessed the crash, said Noor Almaleki was unconscious and bleeding from the nose; however, Khalaf was able to communicate.

"I asked her specifically, 'Do you know who did this?'" Diaz said to CBS Affiliate KPHO. "She said yes and she gave a name."

The title "Honor Killing in Arizona" implies she died from her injuries. Last I read, she had life threatening injuries. Has she passed since yesterday?

The father needs to be made to pay severally for what he did.

No, thankfully the young woman is still alive, although in critical condition. Let's pray that she survives and recovers fully from her injuries.

That's good to hear. We should also hope that the father is prosecuted to the full extent of the law.

I have no doubts that the father will be caught. The good news is that the crime occured in Maricopa County, which (as many of us know) is under the jurisdiction of Sheriff Joe Arpaio, popularly known as America's toughest Sheriff. If caught, I assure you Sheriff Joe will make sure that this fiend will be punished as much as the law permits (and potentially even more).

I've heard of Sheriff Joe Arpaio, he's the one who makes the inmates ware pink underwear. Oh he'll have "fun" in his prison.

If this story is correct, American justice will never be just.