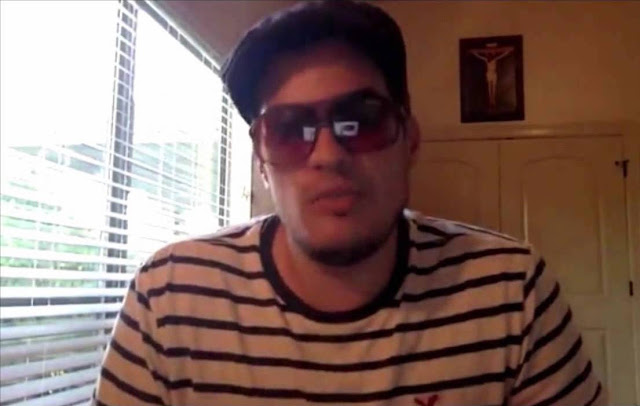 I don't know if Teddy-boy Shoebat is making a stupid joke, attempting - and failing - at making an important intellectual distinction, or if he simply believes what he said, but he looks just as gay as Milo, if you ask me...

Theodore Shoebat is being completely ignored.


In a video posted last Thursday, Theodore Shoebat says: “Pamela Geller is worthy of death.” Her crime? Appearing at a “Gays for Trump” event along with gay activist Milo Yiannopoulos at the Republican National Convention in July. For that, says the learned Shoebat the younger, “In Biblical law, in the government of Christendom, she is worthy of death.”

Is that so? Yes, says Theodore, because Romans 1:32 speaks of those who “having known the justice of God, did not understand that they who do such things, are worthy of death, and not only they that do them, but they also that consent to them that do them.” Pamela Geller is not homosexual, you see, but by appearing at the event, she gave “consent” to those who are, and thus she also is “worthy of death.”

HE IS NOT JOKING.

Most unfortunate as his identity calls into question Walid Shoebats evangelism and the golden rule.

He's a complete piece of shit. He is a traitor to our movement.

I don't have much time for those in the movement who publicly condemn Pamela. She has put a lot on the line to warn people about the threat of Islamofascism.