AN INSPIRING STORY OF MARTYRDOM 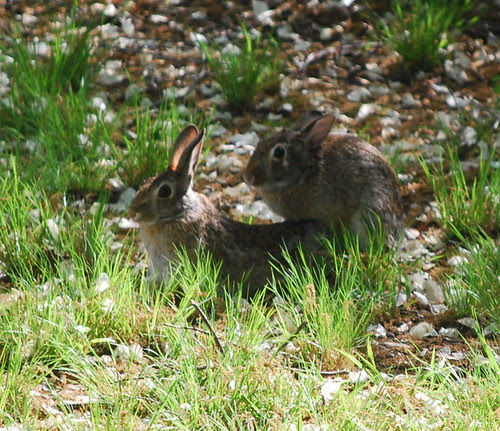 A Muslim shaheed or ‘martyr’ (one who dies while killing infidels), may intercede with Allah to take 70 of his relatives to paradise with him, no matter what their sins.

This thought kept going through Papa's mind as he was considering a career for Sharif, the youngest and most useless of his eleven sons and umpteen daughters. Sharif wasn't much good for anything in this world, he couldn't even remember more than five aliases when filling in his welfare claims.

So a family council was called, and targets discussed. Aircraft, schools and trains had their pros and cons. But then Sharif's sister Parveen had a brain-wave. "Killing Christians is indeed pleasing to Allah, but you get treble points for killing Jews - let's send him to Israel"

Everybody was in agreement apart from Momma, who wondered how Sharif was going to feed himself in paradise since this was the first time he'd been away from home and he couldn't even open a can.

"No problem" Papa explained "Out of 72 virgins some of them are going to be able to cook." Momma was not convinced they’d be able to cook as well as her.

Meanwhile Sharif went to the local Mosque’s laboratory to mix the relevant ingredients in the correct proportions.

The great day came, and Sharif rushed into an Israeli seaside bar shouting "I love Pepsi Cola more than you love death! Akkah Albar!" - He never could get anything right.

He pressed the detonator and there was a fizzle, and then a flame from his bomb belt - but no bang. Sharif was no great genius at chemistry, he'd made an incendiary mixture instead of explosives.

In an effort to extinguish the flames, Sharif ran out and jumped into the sea. It worked, but then he remembered he’d never learned to swim.

The body was washed up in due course, leaving and Papa and Momma very uncertain. Could Sharif be a Shaheed by just killing himself without slaughtering any infidels? Eventually they decided to visit a medium to make contact and find out what he was doing in the afterlife.

“Tell me what it’s like where you are” said Papa.
Sharif’s voice came through the medium sounding squeaky and distorted. “Well, I get up in the morning and have sex. Then I have a lettuce. I have sex again. Then I have a cucumber. Then more sex and celery and so on for the rest of the day.”

“Sex, sex and more sex!” Papa said “Truly my son you are indeed a Shaheed!”

But Momma was still a little anxious “You’ll need more than salad to keep your strength up with all that exercise. Aren’t they feeding you properly in paradise?”

“Who said anything about paradise?” Sharif’s voice replied. “I’ve been reincarnated as a rabbit in Salinas valley.”
Posted by Anonymous at 5:22:00 pm

Do rabbits have tits?

I think they do, Rabbits are mammals