The company reported worldwide profits of $14.2 billion, and said $5.1 billion of the total came from its operations in the United States.

Its American tax bill? None. In fact, G.E. claimed a tax benefit of $3.2 billion.

Well, maybe there is more to learn….

Didn’t I read something about Geoffrey Immelt GE’s CEO and Obama?

In announcing Immelt’s appointment to take the helm of the newly renamed President’s Council on Jobs and Competitiveness, Obama said the economy is “in a different place” from where it was during the financial crisis when Volcker was brought on, and new ideas are needed to keep the momentum going. 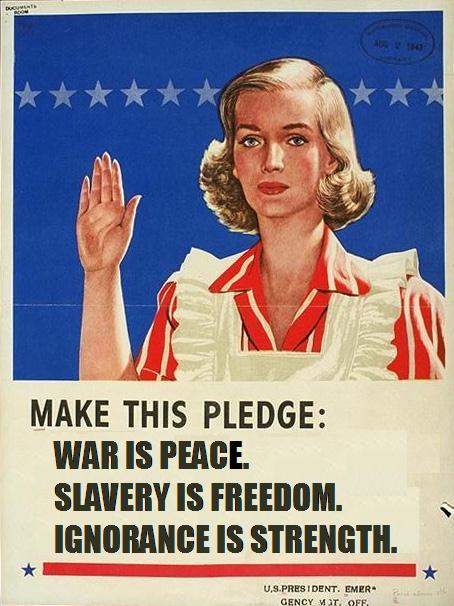 The company (GE) has been cutting the percentage of its American profits paid to the Internal Revenue Service for years, resulting in a far lower rate than at most multinational companies.

Its extraordinary success is based on an aggressive strategy that mixes fierce lobbying for tax breaks and innovative accounting that enables it to concentrate its profits offshore. G.E.’s giant tax department, led by a bow-tied former Treasury official named John Samuels, is often referred to as the world’s best tax law firm.

As we read about our resistance to those who wish God to be sovereign over the Constitution being characterized as ‘overseas contingencies operations’ and attacks on Libya characterized as ‘kinetic’ manifestations of the motion of aircraft, can there be anything the least surprising, or more disgustingly cynical today than recalling just what it is this administration defines as PATRIOTIC, while they advance those who actions tell us the REAL WORLD DEFINITIONS?

The ACTIONS of this administration, and the way they try to redefine what is obvious, is so completely corrupt in it’s self serving multi standards of garbage, that APATHY towards all they do is all that can follow the rage they create.

2012 is going to be a VERY bitter surprise to the people who have followed men like FDR, HST, HHH and Henry Jackson. It is going to be a far larger and more foul tasting pill to those overseas who think the people of the USA actually WANT what these CRIMINAL PERVERTERS of REALITY have been trying to prescribe.

The govt of the USA today COULD NOT BE MORE ORWELLIAN.

These are all self serving men whose venal, cynical and putrescent words and actions are designed to gull the american people, ever more struggling and poorer, BY THEIR ACTIONS AND WORDS, to give up more hope and fear more their political opposition .. so that they and their FRIENDS can keep, gain and share POWER AND MONEY.

IT IS THAT SIMPLE.

If the Republicans are 5% LESS CORRUPT, the nation will gain in 2012.

Just give us 5% Mr’s. Boehner and whoever…